In this photo taken through tinted glass, Rurik George Caton Jutting, right, a 29-year-old British banker, is escorted by Correctional Services officers in a prison bus arriving at a court in Hong Kong on Nov. 10, 2014
Vincent Yu—AP
By Elizabeth Barber / Hong Kong

A British banker accused of murdering two young women in his Hong Kong flat will undergo a psychiatric evaluation before pleading in the case, a magistrate said Monday.

Rurik George Caton Jutting, 29, is accused of killing two Indonesian nationals days apart from each other in his apartment in Wan Chai district of Hong Kong Island, leaving one of the bodies to rot in a suitcase left on his balcony, according to police statements and court documents.

The magistrate said the psychiatric exam would determine Jutting’s “fitness” to enter a plea for two counts of murder.

Wearing a black “New York” T-shirt, Jutting appeared calm and attentive at his second court date since he called police to the grisly scene at his apartment two weekends ago. Nodding at the court as he entered the room, he turned his head to look directly at the lawyers and the judge as each person spoke during the proceedings.

Jutting, who is being held in jail and will next appear in court on Nov. 24, has so far not agreed to participate in a forensic reconstruction of alleged crimes at his apartment, though his lawyer said in court that Jutting could still do so.

Police arriving at Jutting’s apartment on Nov. 1 found Seneng Mujiasih, 29, also known as Jesse Lorena, with cut wounds to her “neck and buttock” and pronounced her dead at the scene. Police later found the body of Sumarti Ningsih, 23, in a suitcase on the 31st-floor apartment’s balcony. Sumarti, who had cuts to her neck, had been killed on Oct. 27, according to court documents.

The gruesome double murder case in a city known for its low crime rates has attracted widespread attention for the apparent discrepancies between Jutting’s life and the lives of his alleged victims, Seneng and Sumarti. Both women were from poor families in Indonesia and had traveled to Hong Kong in hopes of making enough to support their families and make good on the modest dreams they had back home.

Meanwhile, Jutting, who read history at Cambridge University, is identified in court documents as an employee at Bank of America Merrill Lynch’s Hong Kong branch, though a spokesperson for the company said a person by that name had recently left the bank.

The accused lived in a typically small but pricey flat in Wan Chai district, where disparate worlds frequently collide: women working in Hong Kong’s informal sex trade wait all night for customers at hedonist-friendly bars splashed with neon adverts for dancing women and liquor. Yet this neighborhood is also a family-friendly place, full of office buildings, eateries, tile and furniture stores, and apartments that range from the high-end to the affordable and are home to a diversity of residents. 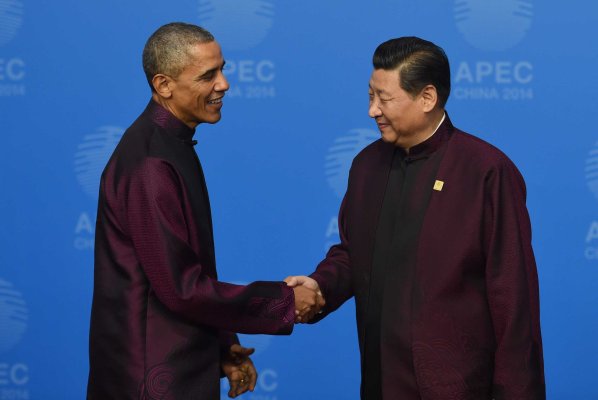 Obama Goes to China
Next Up: Editor's Pick