Customers compare an Apple Inc. iPhone 6, left, and iPhone 6 plus during the sales launch at an Apple store in Palo Alto, California, U.S., on Friday, Sept. 19, 2014.
Bloomberg/Getty
By Elizabeth Barber

Messaged received: Apple has released a new tool to answer complaints that switching from an iPhone to a different smartphone dooms iMessages sent to them from other iPhone users to an unseen purgatory.

The fix corrects a long-standing problem: If former iPhone users don’t disable iMessage before transferring to a different smartphone, SMS messages sent to them by people still using Apple devices can continue to be sent as iMessages. But, since iMessage is exclusive to Apple platforms, those messages won’t be received on the new smartphone. The bug is the subject of a class action lawsuit in California.

To use the new tool, ex-iOS users just enter their phone numbers into the web browser. Apple then sends a confirmation code by SMS. 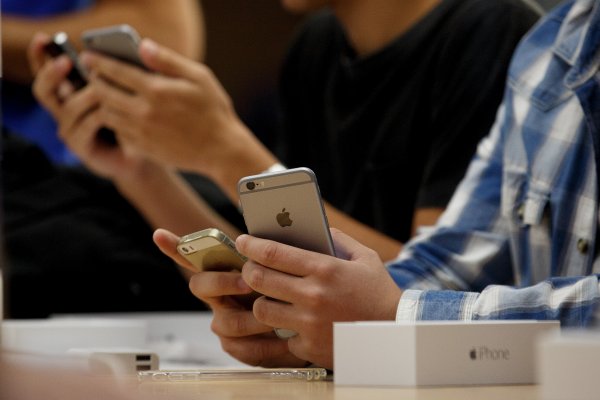 Apple's Next iPhone May Have Revolutionary 3D Screen
Next Up: Editor's Pick