Bae was finally released Saturday after spending two years in captivity, and Rodman is claiming a major share of the credit thanks to his letter to the Supreme Leader, TMZ reports.

In the letter, Rodman writes that although he “understands the crimes [Bae] has committed,” the U.S. needs to see how loving and compassionate the North Korean leader can be.

“I ask for your mercy to prisoner Kenneth Bae and would be eternally grateful for his safe return,” because that would be “a big step towards bridging the gap between our two nations,” the basketball star concludes.

Rodman never received a reply to his letter, but told TMZ that a video released soon after he sent it that showed Bae alive and well was probably not a coincidence. 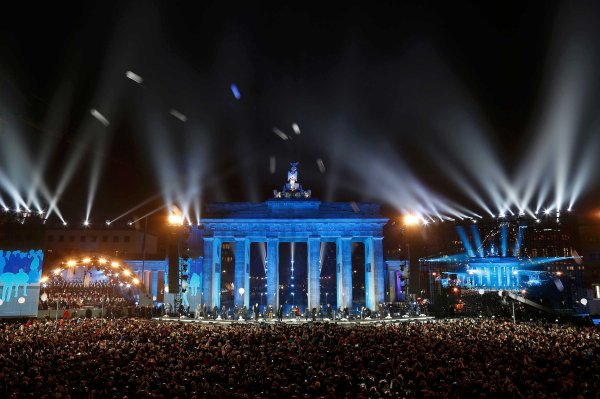 See the 25th Anniversary of the Berlin Wall's Fall
Next Up: Editor's Pick