The Nuclear-Safety Activist Whose Mysterious Death Inspired a Movie

Karen Silkwood was either a martyr among whistleblowers and nuclear safety activists, or, if you believe her employer’s account, a lunatic who smeared plutonium on the bologna in her fridge.

As a lab technician at the Kerr-McGee plutonium plant in Crescent, Okla., during the early 1970s, Silkwood became concerned by what she saw as quality-control failures and lax safety procedures that put employees at risk of radioactive contamination. She was elected to the bargaining committee for the plant’s union and testified before the U.S. Atomic Energy Commission about the facility’s unsafe working conditions.

On this night, Nov. 13, in 1974, the 28-year-old Silkwood was headed to a meeting with a New York Times reporter, carrying a folder full of documents and photos she said would demonstrate the extent of the safety problems. But she never made it to the meeting: her car hit a concrete culvert wall en route, killing her, after she apparently swerved off the road. The folder full of evidence was never found.

A private investigator working for the union found dents on the back of her car that suggested she could have been pushed off the road. An autopsy, however, revealed traces of alcohol and prescription sedatives in her blood. Police concluded that she had fallen asleep at the wheel, and her death was ruled an accident. The circumstances surrounding the crash were nonetheless so bizarre that they made national news. For one thing, Silkwood had been exposed to so much radiation poisoning that cancer was essentially guaranteed, according to a doctor who testified in the case.

But how the plutonium got into her system — including her lungs and her digestive tract — was as mysterious as the cause of the crash. Not only had she recently set off plant monitors that tested for radioactivity — and been scrubbed clean — but plutonium contamination had been found in her apartment as well: in her kitchen, her bathroom and in a bologna-and-cheese sandwich in her refrigerator, according to a 1979 TIME report.

Lawyers for Kerr-McGee hypothesized that Silkwood had intentionally taken plutonium home to contaminate herself. As TIME reported:

Still, she became a posthumous celebrity, inspiring a 1983 movie, Silkwood, in which she was played by Meryl Streep. While some critics took issue with her glorification — a New York Times review of “Silkwood” concludes that “the evidence in the case suggests that Miss Silkwood was not a nuclear Joan of Arc but an activist (who) … became a victim of her own infatuation with drugs” — her death galvanized the anti-nuclear community and led to new scrutiny of nuclear facilities.

The Kerr-McGee plant closed the year after Silkwood’s death, partly vindicating her claims. According to TIME, “Westinghouse, which had been buying its fuel rods, complained of their poor quality and refused to renew its contract.”

Read the 1979 story about what happened to Karen Silkwood, here in TIME’s archives: Poisoned by Plutonium 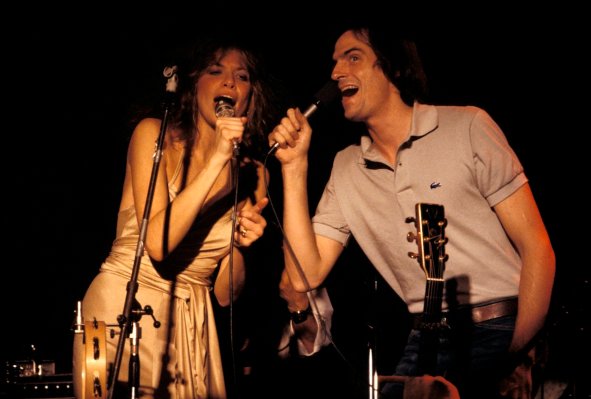 What Made Carly Simon Decide to Marry James Taylor
Next Up: Editor's Pick