Federal police and a helicopter search for the missing 43 students of the Ayotzinapa Teacher Training College Raul Isidro Burgos are seen in Tianquizolco, near Cocula, Mexico on Nov. 7, 2014.
Henry Romero—Reuters
By Nolan Feeney

A Mexican drug gang killed the 43 missing Mexican college students and burned their bodies in a pile of branches and tires, authorities said Friday.

Attorney General Jesús Murillo Karam said members of the gang who had been arrested told investigators about their role in the students’ disappearances and guided investigators to the riverside remains, which will be tested in specialized facilities in Austria, the New York Times reports.

With 72 people arrested, Karam said the case is one of Mexico’s largest criminal investigations in history. “The statements and information that we have gotten unfortunately points to the murder of a large number of people,” he said a press conference.

While searching for the students, who are believed to have been turned over to criminals following an attack by corrupt police in September, investigators discovered other mass graves around the city of Iguala.

The case has led to many protests and heaps of criticism aimed at President Enrique Peña Nieto, who has tried to reform Mexico’s reputation for violence. 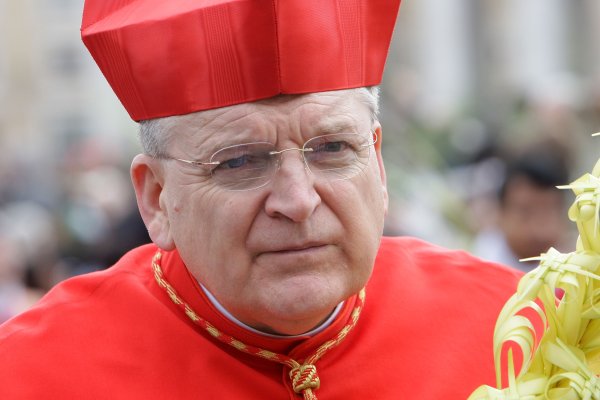 Pope Francis Rids Himself of a Turbulent Priest
Next Up: Editor's Pick