And so it begins again.

Today’s top tech news story involves a Wall Street Journal piece by Shalini Ramachandran, Daisuke Wakabayashi and Amol Sharma, which reports that Apple is in talks with Comcast over a possible Apple TV-streaming service. The piece doesn’t have much in the way of detail, except that collaborating with Comcast would supposedly allow Apple to ensure high-quality streaming by sidestepping normal Internet congestion.

Before you get giddy over the prospect, remember this: the Journal’s scoop isn’t the first one concerning Apple being in talks with other companies about a TV-streaming service. Back in 2009, in fact, the same publication reported that the company was talking to Disney and CBS about an Apple TV subscription service. A similar rumor popped up in 2010. And 2011. And 2012. And last year.

At this point, it doesn’t require any deep insight to conclude that Apple would very much like to offer a subscription TV service that could be deployed over its Apple TV box (and maybe even be built into HDTV sets). But it’s been unable — as far as we know — to strike enough deals with content owners to make such an offering viable.

As news site the Information pointed out on Twitter, a partnership with Comcast regarding bandwidth wouldn’t give Apple everything it needed to move ahead with a pay TV service. The company would still need those content deals, and there’s no reason to think that the negotiations that have apparently been at an impasse for so long would abruptly reach a successful conclusion.

The good news is that there’s a halfway scenario that’s eminently doable. It’s the one Apple is already pursuing: putting content apps on the Apple TV box. It’s done that with partners such as ABC, the Disney Channel, ESPN, HBO, Hulu, Major League Baseball and the Weather Channel. The content owners are happy, since they maintain control over their customers. Apple is happy, since it makes Apple TV a more attractive purchase. Consumers are happy, since they can stream lots of good stuff, even if it’s not enough to render cable TV obsolete.

It’s just that this approach is not terribly sexy. And it’s the one pioneered by Roku, so there’s nothing uniquely Apple-esque about it.

If Apple does ever make a bigger splash in the living room — the one hinted at by the bit in Walter Isaacson’s Steve Jobs in which Jobs says he’s “finally cracked” the secret of revolutionizing TV — it’ll require breakthroughs in industrial design, user interface and pricing strategies reminiscent of the ones that let the iPod and iTunes revolutionize music. An arrangement like the rumored possible one with Comcast would help, too, but none of it would mean anything if Apple didn’t have the rights to the TV shows people want to watch.

That might be the single biggest reason why the wait for a big-deal Apple TV service has been going on for half a decade now — and why I wouldn’t be the least bit shocked if the end is nowhere in sight. 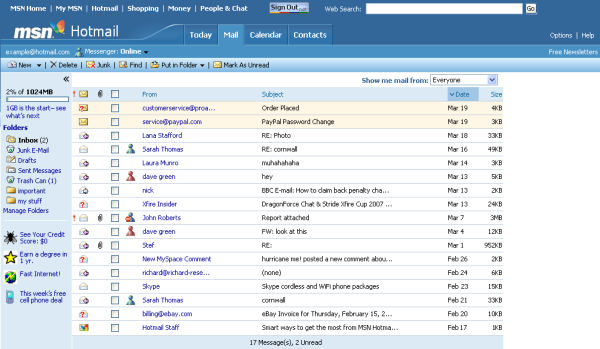 10 Things I Know to Be True About This Microsoft Hotmail Privacy Case
Next Up: Editor's Pick