Winter Arriving in U.S. Ahead of Schedule Next Week

The remnants of Typhoon Nuri from the GOES satellite on Nov. 7, 2014.
NOAA/Reuters
By Nolan Feeney

Thanks to a typhoon that’s hitting Alaska, much of the rest of the U.S. could get very cold in the coming days.

Typhoon Nuri is bringing 50-foot waves and and hurricane-strength winds to the Aleutian Islands, likely causing cold and icy air to descend into the central and eastern parts of the U.S., according to the National Weather Service. The temperatures will feel more like January than November.

“When a typhoon curves away from Asia, it causes the jet stream farther to the east across the Pacific and into North America to buckle days later,” AccuWeather meteorologist Brett Anderson told USA Today.

Snow will hit the northern parts of the Midwest, the Plains and the Rockies. Cities such as Chicago and St. Louis will see temperatures reach highs in the 30s. And while the East Coast and the South could get their fair share of cold temperatures, too, this weather pattern will bring some bursts of warm air to the West. 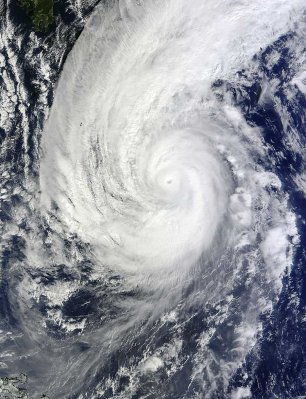 Alaska Storm to Chill Much of U.S.
Next Up: Editor's Pick