The Military Family That Changed How I Sing "See You Again"

Underwood greeting troops in Iraq in 2006.
By Carrie Underwood

Carrie Underwood is an award-winning country singer who will perform in The Concert for Valor on Veterans Day.

It’s all about the stories. That’s what I’ve always loved about country music. And now that I am blessed enough to make my own contributions to country music, it’s still the stories that I love. But the only stories I love more than the ones I get to write and sing about are the ones that I hear from those who listen my songs.

I’ve been blessed enough to get to perform for and be involved in various events and projects that support the amazing men and women of our military. I’ve done everything from touring with the USO in Iraq and Kuwait, to playing shows at military bases in the U.S., to writing songs for special projects used to benefit our military members and their families. I’ve met countless brave souls that sacrifice their time and effort to keep us safe here at home. And I’ve met many spouses and children of those who don’t make it back home. Those are the stories that I could never and would never want to forget.

“See You Again,” a song I co-wrote and included on my last album, tells different stories to different people. It often means something different to each person who hears it. To many it’s a song about moving on after the death of a loved one—about wanting to see that person again, and knowing that eventually they will. But I never dreamed that so many would relate to it in such a powerful way.

As soon as the album came out, I started hearing and reading the most amazing things. I would meet fans at shows or on the street, and they would tell me how long their spouses had been deployed. I guess, somehow, hearing that song helped them see the light at the end of the tunnel, and they could keep on smiling, knowing that their loved would soon be home.

Some of the stories, however, wouldn’t have such a happy ending. I remember talking to one brave girl and her mother. They had bought tickets the second they went on sale for the whole family to come to my show. The girl’s father was supposed to be home from deployment by the time the show rolled around. Tragically, he never made it.

We got word of what had happened and were told that they still wanted to come to the show. Music is a powerful thing. Although I’m sure going to a concert doesn’t fix any problems or heal any wounds, it can take one’s mind a few steps away from terrible things that are weighing heavily on the heart.

I wanted to meet this young lady and her mother, so we arranged for that to happen. The mother told me the story that I already knew, and told me how much “See You Again” meant to them. I could tell that they both had amazing faith that the most important man in their lives was looking down on them and waiting for them. I guess hearing it in a song solidified that belief a little more. I signed their pictures and we smiled for photos.

I am still amazed at how strong they both were. They might have found a little comfort in one of my songs. But because of their story and the many others like it that I have heard since, I’ll never sing that song the same way again. 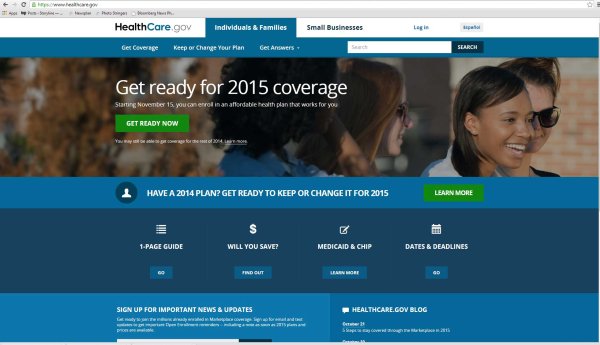 Obamacare Site to Open Early to Avoid Repeat Disaster
Next Up: Editor's Pick