Detroit marked a major milestone along its road back to economic health on Friday, when a judge approved its economic recovery plan, less than a year and a half after the Motor City became, by far, the biggest-ever U.S. public entity to declare bankruptcy.

The Michigan metropolis had been gripped in a steep decline for years leading up to its declaration of bankruptcy on July 18, 2013. The departure of the auto industry from Detroit took with it a large chunk of employment opportunities, and precipitated a mass movement of people out of town, spurring urban decay that was exacerbated by the housing and financial crises.

In February 2014, the city presented its plan, which included deep cuts to pension payments for general city retirees and smaller cuts to police and fire pensions, as well as new funds pledged to improve city services and speed up demolition of empty and decrepit buildings strewn throughout the city.

The plan that Judge Steven Rhodes approved on Friday cuts pension payments by just 4.5%, averting deeper cuts with an infusion of cash into the pension system from the state of Michigan and private foundations. Under the plan, Detroit sheds $7 billion in debt and invests $1 billion in city services. Detroit’s bankruptcy timeline, under a year from the day the city turned out its pockets to a judge approving the recovering plan, is unusually quick—Vallejo, California, for instance, spent three years in bankruptcy.

The deal also negates the need to sell off the city art museum’s world class collection. 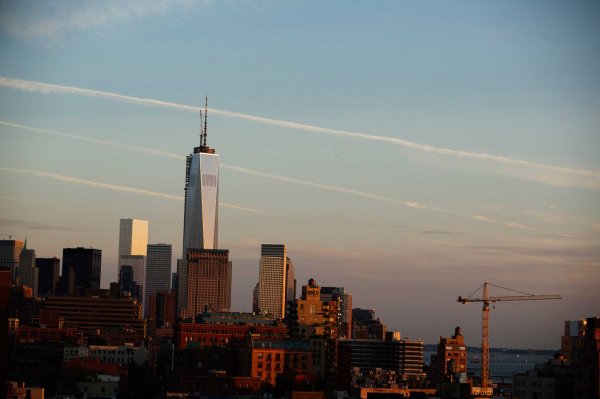 See 1 World Trade Center Go Up Year by Year
Next Up: Editor's Pick