Buzz Aldrin: Pioneers Will Always Pave the Way With Sacrifice

Sheriff's deputies inspect the wreckage of the Virgin Galactic SpaceShip 2 in a desert field November 2, 2014 north of Mojave, California on The Virgin Galactic SpaceShip 2 crashed on October 31, 2014 during a test flight, killing one pilot and seriously injuring another.
Sandy Huffaker—Getty Images
Ideas
By Buzz Aldrin
Dr. Buzz Aldrin served as lunar module pilot for Apollo 11, the first manned lunar landing mission. He is the author of eight books, including his New York Times best selling autobiography Magnificent Desolation. His newest book, Mission to Mars: My Vision for Space Exploration, was published in 2013. As one of the leading space exploration advocates, Buzz continues to chart a course for future space travel. He is an unpaid advisory board member for XCOR Space Expeditions.

Pioneering the space frontier is a perilous business.

That was recently underscored by the catastrophic breakup of the commercial Virgin Galactic SpaceShipTwo and the loss of one of its two pilots in testing the vehicle.

My career as an aircraft pilot and astronaut has been punctuated by both risk-taking and the loss of several close colleagues. The Apollo 1 fire in January 1967 claimed my good friends Gus Grissom, Ed White and Roger Chaffee in a launch pad training exercise.

And it was Gus who had earlier voiced his view of the perils associated with pushing the boundaries of curiosity and exploration:

We also cannot forget the lost crews of America’s Challenger and Columbia space-shuttle orbiters and the deaths of several cosmonauts of the former Soviet Union. They all were forging our future in space.

Unfortunately, pioneers will always pave the way with sacrifices.

Every type of transportation has involved loss of life, as witnessed with the Conestoga wagon heading west and giving way to the stagecoach, the railroads, motor homes and eventually airplanes.

Indeed, airlines came into existence because of the commercial use of World War I aircraft, put to work to carry mail for the government. That convinced the commercial sector to develop the airlines of today.

Now we are contemplating point-to-point and suborbital rocket flight, a distinctly commercial stepping stone from the pioneering days of the Mercury, Gemini and Apollo’s giant leap to the moon.

The future is about wings and wheels and new forms of space transportation, along with our deep-space ambition to set foot on another world in our solar system: Mars.

I firmly believe we will establish permanence on that planet. And in reaching for that goal, we can cultivate commercial development of the moon, the asteroid belt, the Red Planet itself and beyond. Following that trajectory means returning with scientific knowledge, sharpening our space know-how and utilizing celestial resources that improve the lives of all here on Earth.

We need to look forward to countries around the globe following our lead and establishing a rotating permanence on Mars for science and commercial resources.

Some 45 years ago, when Neil Armstrong and I stepped upon the surface of the moon at Tranquility Base, we fulfilled a dream held by humankind for centuries. Yes, it was one small step. Today, more steps are needed.

Apollo 11 was rooted in exploration. That first human landing on the moon was about taking risks to reap great rewards in science and engineering. It was about setting an ambitious goal, anchored in political will and staying power. And it was about harnessing industry — big and small — fueled by talented teams of individuals working together to attain a common objective.

To go back to the recent SpaceShipTwo tragedy, I echo the sentiment voiced by my good friend Richard Branson, an adventurous entrepreneur and the leader of Virgin Galactic: “I truly believe that humanity’s greatest achievements,” he said, “come out of our greatest pain.”

Those space pioneers that are no longer with us were hungry to serve, and they served all of us here residing on our tiny niche of the huge universe.

There’s no doubt that there will be many trials and tribulations along the way in taming space for the benefit of all, unmasking its truths and using the boundless resources available to us. Taking a chance allows us to seek new horizons — and we all benefit from being horizon hunters.

Dr. Buzz Aldrin served as lunar module pilot for Apollo 11, the first manned lunar landing mission. He is the author of eight books, including his New York Times best selling autobiography Magnificent Desolation. His newest book, Mission to Mars: My Vision for Space Exploration, was published in 2013. As one of the leading space exploration advocates, Buzz continues to chart a course for future space travel. He is an unpaid advisory board member for XCOR Space Expeditions. 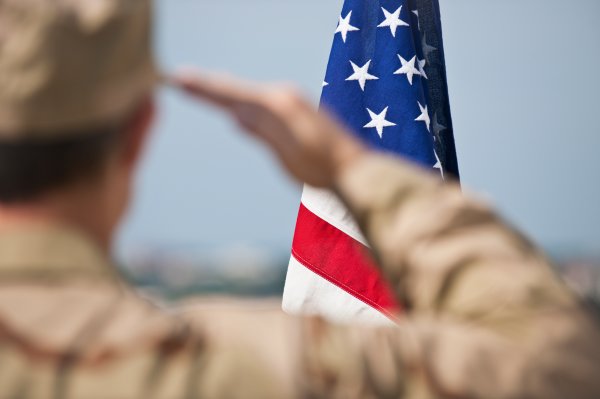 Job Fairs Are Not Enough
Next Up: Editor's Pick