Katniss will soon be making curtain calls, as the Hunger Games book and movie mega-franchise comes to the live stage.

The forthcoming production will be held in “a brand new purpose build theater next to Wembley Stadium in London, UK,” film studio Lionsgate announced Friday.

The Hunger Games play, produced by Broadway producer Robin de Levita, will aim its arrow right at the heart of the franchise’s streak of victories. The original books by Suzanne Collins topped every bestseller list, and The Hunger Games: Catching Fire, headed by Oscar-winner Jennifer Lawrence, was the highest grossing film of 2013, with Mockingjay: Part 1 expected to throw a knock-out punch when it hits theaters on Nov. 21.

Lionsgate says the theatrical show will use “state-of-the-art technology” to “provide a uniquely immersive experience for fans.” The studio added that inspiration came from De Levita’s recent experience producing the Dutch musical Soldier of Orange, in which the audience sits in a 360-degree auditorium that rotates from set to set. 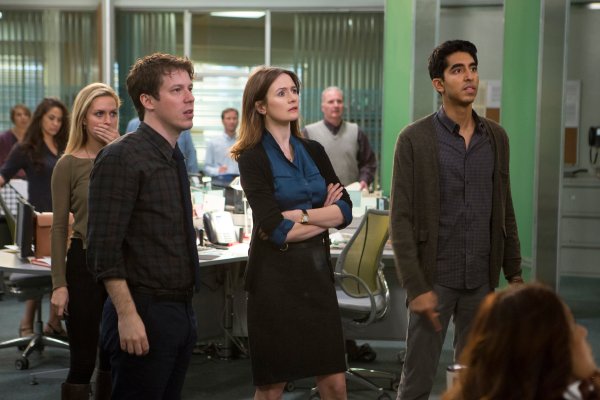 The Newsroom Has One More Chance to Get Its Story Straight
Next Up: Editor's Pick