Latvian Foreign Minister Announces He Is Gay on Twitter

The Latvian Foreign Minister Edgars Rinkevics has announced he is gay on Twitter.

The minister of the Baltic state wrote: “I proudly announce I am gay…good luck to all of you.”

Rinkevics made his declaration the day after being confirmed in his position as foreign minister.

Latvia is a former part of the Soviet Union and socially conservative views remain popular. It is one of the few countries in the European Union that does not allow same sex marriage. Rinkēvičs’ announcement on Thursday evening comes before Latvia assumes the rotating presidency of the E.U. on Jan. 1, giving him an enhanced international profile for six months. 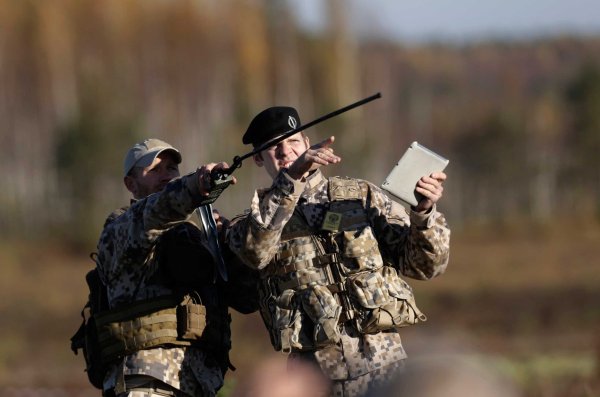 Latvia and U.S. Play War Games as Tensions with Russia Grow
Next Up: Editor's Pick