Libyans wave the national flag as they gather at Martyrs' Square to celebrate the decision of Libya's supreme court, in Tripoli on November 6, 2014.
Mahmud Turkia — AFP/Getty Images
By David Stout

Libya’s Supreme Court ruled on Thursday that the nation’s internationally recognized parliament, elected in June, was invalid — dealing another crippling blow to the remnants of the country’s fledgling government, according to the BBC.

The parliament in turn dismissed the court’s ruling — claiming that its verdict was handed down “under the threat of arms,” according to Middle East news outlet al-Arabiya.

The North African nation has been rocked by unceasing bouts of instability since the armed overthrow and murder of former strongman Muammar Gaddafi in 2011.

Libya’s government is now located in Tobruk, near the Egyptian border, after authorities fled the capital Tripoli earlier this summer to escape an Islamist-led militia.

U.S. officials are considering imposing fresh sanctions on the country’s myriad militias, many of which are backed by competing regional powers, in order to halt the ongoing proxy war in the country, reports Reuters. 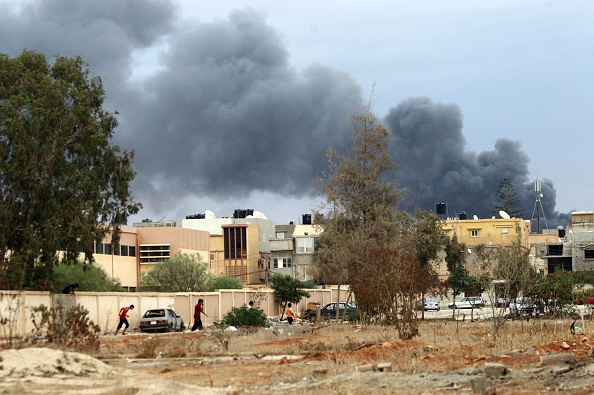 Libyan Officials Urge the Evacuation of Benghazi Port District
Next Up: Editor's Pick