The NYC Doctor with Ebola Has Picked Up a Banjo

Craig Spencer, the New York doctor who tested positive for Ebola, is feeling well enough to play the banjo he requested while in isolation, the New York Post reports.

“He is an avid little banjo player and he’s self-taught,” Chriselle Gardner, the mother of Spencer’s fiancée, Morgan Dixon, told the Post. “I can tell you, he’s keeping his doctors amused.”

“He’s kicking Ebola’s butt — literally,” she added. “He’s going to be getting out soon.”

A spokeswoman for the city’s Health and Hospitals Corporation tells the Associated Press that Spencer’s condition was upgraded from “serious” to “stable” last weekend and that he is also using the exercise bike he requested.

Spencer contracted Ebola in Guinea and has been quarantined since his diagnosis in New York City since Oct. 23. 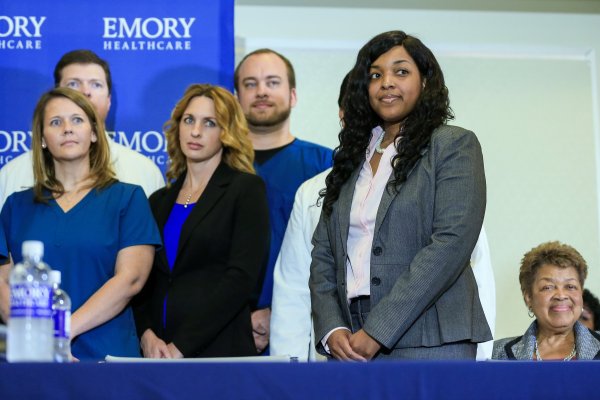 Ebola Survivor Amber Vinson Opens Up About Her Experience
Next Up: Editor's Pick