Co-Founder, Chairman and CEO of Facebook Mark Zuckerberg speaks during his keynote conference as part of the first day of the Mobile World Congress 2014 at the Fira Gran Via complex on February 24, 2014 in Barcelona, Spain.
David Ramos—Getty Images
By Jack Linshi

About eight years ago, Facebook’s employees—so few then that they could easily sit together in a circle—started a practice of holding employee town hall-style Q&As with CEO and founder Mark Zuckerberg. On Thursday, the public was allowed in on this tradition for the first time, as Zuckerberg and other execs fielded questions posted on the event’s Facebook page and from a live audience.

Here are the most important, surprising and funny takeaways:

“My goal was never to make Facebook cool. I am not a cool person”

Facebook might be “losing its charm,” as one audience member said, but that’s only because Zuckerberg wants the central aspect of Facebook—the facilitation of communication and connections—to be something as regular, expected and uneventful as switching on a lightbulb or turning on a water faucet. Those aren’t necessarily “cool,” Zuckerberg explained, but rather are things “people can rely on.”

It’s a futuristic pursuit, but Zuckerberg believes it’s Facebook’s responsibility as the world’s most popular Internet service—one-sixth of the world is on Facebook—to spread Internet to the 4-to-4.5 billion people who aren’t connected. The project, called Internet.org, is a partnership with other tech giants to bring affordable Internet access to the world.

“One of the major things I contributed was I went around telling people Mark actually has more than one of that t-shirt, which people found to be very reassuring,” Sandberg said, referring to how Zuckerberg is frequently seen wearing his signature gray t-shirt.

“I’m in this really lucky position where I get to wake up every day and help serve more than 1 billion people, and I feel like I’m not doing my job if I spend any of my energy on things [like deciding what to wear],” Zuckerberg said. “Even though it kind of sounds silly that that’s my reason for wearing a gray t-shirt every day, it also is true.”

The average user sees less than 10% of his/her Facebook stories via the NewsFeed.

Zuckerberg said the average Facebook user only sees about 100 of their 1500 stories per day on their NewsFeed. The curated NewsFeed—Zuckerberg hopes it’ll be “the perfect personalized newspaper for every person in the world”—is part of the reason why businesses are complaining their free Facebook Pages are reaching fewer and fewer people.

Zuckerberg found The Social Network to be “hurtful”

Unlike what the Oscar-winning film suggested, attracting women was wasn’t one of the reasons Zuckerberg started Facebook. In fact, he said was dating Priscilla Chan, now his wife, at the time. It’s a portrayal Zuckerberg finds “hurtful,” as he said Facebook’s mission was first and foremost to help people stay connected to their loved ones.

“One of the things I think the media gets wrong about companies or inventions [is] they try to make it seem like one person did it,” Zuckerberg said. He pointed to his colleagues who were also involved in the Q&A as a testament to Facebook’s multi-person leadership, and told students in the audience that one of his keys to success was surrounding himself with supportive people. 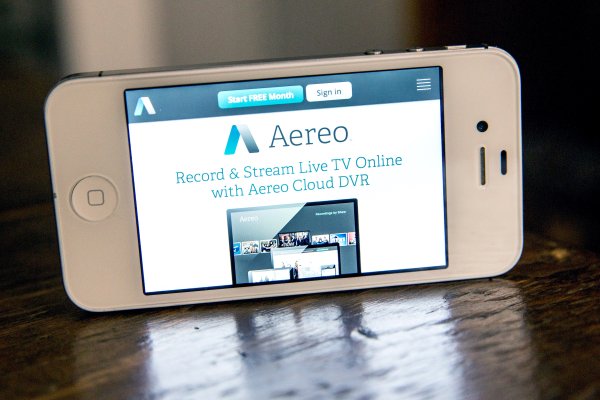 Embattled TV Startup Aereo Is Laying Off Staff in NYC and Boston
Next Up: Editor's Pick