This Is Walmart's 5-Step Plan to Conquer Absolutely Everything

GameStop, 7-Eleven, Dollar General, CVS, Target, Home Depot, and Food Lion are among the many, many retailers that have new reason to worry about competing with Walmart.

Walmart, the world’s largest retailer, prides itself on selling pretty much anything a consumer needs or wants. That means that Walmart essentially competes with almost every retailer under the sun. Lately, Walmart has been rolling out new tools, policies, sales, and retail formats that target and step up the competition with these store categories in particular:

Video Game Stores
This week, thousands of Walmart stores will start allowing customers to trade in used video games. Instead of turning in the games for cash, customers will receive Walmart gift cards which, depending on a game, could be worth anywhere from a couple bucks to $35. Understandably, analysts view Walmart’s program as a major threat to video game specialists like GameStop, as well as general electronics retailers such as Best Buy—both of which already offer video game exchanges.

Supermarkets, All-Purpose Retailers
Walmart has had a price-matching policy in place for years, in which the onus is on the shopper to ask a store clerk to match a Walmart competitor’s sale price of an item. While the burden is still on the shopper to proactively seek a price match, Walmart has made the job easier (in theory) by launching a new online “Savings Catcher” tool in select markets. Customers are expected to type in their receipt numbers into the “Savings Catcher” page of a walmart.com account within seven days of purchase. The tool then compares prices for all grocery items with brick-and-mortar competitors in the local vicinity, possibly including Target, Dollar General, CVS, and a wide range of grocery chains. As the Associated Press explained, online prices are not searched or matched, and electronics and general merchandise aren’t factored in either.

Convenience Stores
Last Wednesday, Walmart opened its first Kwik-E-Mart. Or rather, it opened Walmart To Go, a new convenience store pilot concept near the company’s Arkansas headquarters that’s about the size of a 7-Eleven, with similar offerings to boot: It’s roughly 2,500 square feet, it features a gas station, and it’s selling snacks, drinks, prepared foods (deli sandwiches, pizza), and a few staples such as milk, bread, and eggs.

Dollar Stores
Earlier this year, Walmart announced it was significantly stepping up plans to open more Walmart Express and Walmart Neighborhood Market stores, which are far smaller than a Walmart Super Center, though still much larger than a convenience store. In other words, they’re about the size of a typical dollar store—the category that Walmart hopes to battle it out with via these two emerging retail formats.

Home Improvement Stores
Springtime is a peak sales period for Lowe’s and Home Depot, as the long winter comes to a close and homeowners finally have the opportunity to tackle yard projects in anticipation of summer. Walmart, which has blamed this year’s cold, snowy winter as one of the reasons sales totals have underwhelmed in early 2014, is obviously encroaching on the home improvement category’s turf by kicking off the season with a huge lawn and garden sale this week. 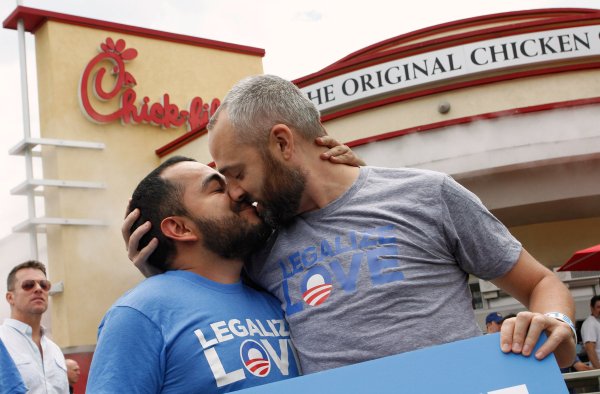