Ebola Survivor Amber Vinson Opens Up About Her Experience

Amber Vinson a Texas nurse who contracted Ebola after treating an infected patient stands with her nursing team during a press conference after being released from care at Emory University Hospital on Oct. 28, 2014 in Atlanta.
Daniel Shirey—Getty Images
By Noah Rayman

Amber Vinson, a 29-year-old nurse at Texas Health Presbyterian Hospital in Dallas, remembers the moment a doctor confirmed her diagnosis.

“Even when he told me I had it, it’s like I didn’t hear it,” she told People in one of her first interviews since she recovered from the deadly virus. “Because you don’t want to hear that you have Ebola.”

The nurse had spent multiple nights treating Thomas Eric Duncan, the first person to be diagnosed with Ebola in the U.S. When he died on Oct. 8, she was distraught, but she didn’t realize that she, too, had contracted the virus until her temperature spiked days later. 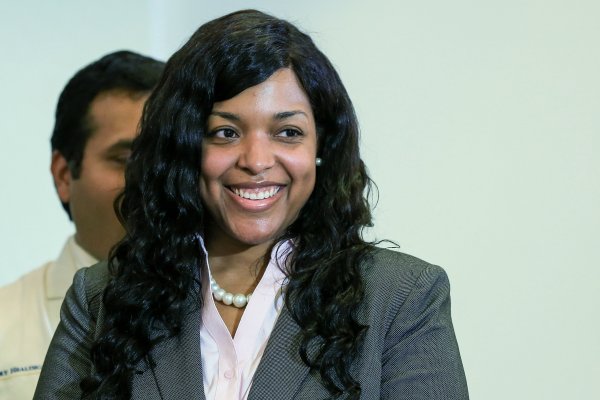