'Obama Plays Titanfall' Is a Thing and It's Pretty Incredible

If you saw President Obama’s appearance on Between Two Ferns with Zach Galifianakis, you might be forgiven for thinking the leader of the free world has also been playing Titanfall with the username “HealthcareGov” in order to remind the uninsured Titanfall-playing demographic (probably similar to the demographic that watches Beyond Two Ferns) to sign up for health care by March 31.

Once the pseudo-president drops a few F-bombs and talking about aliens emerging from his anus, however, all bets are off. Unless it’s really Obama, in which case he’s taking campaigning to an entirely new level.

Here are the first three videos in the “Obama Plays Titanfall” series by Game Society Pimps. As mentioned, there’s some salty language.

Someone’s Pretending To Be Obama While Playing Titanfall [Kotaku] 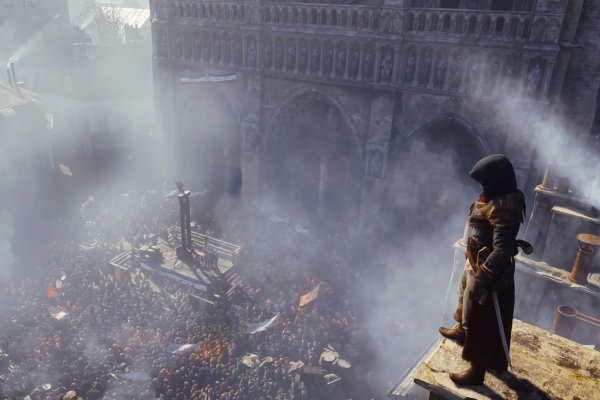 Assassin's Creed Unity Has Guillotines, Ramparts and One Gorgeous Cathedral
Next Up: Editor's Pick