On Wednesday, actress Gabrielle Union published an essay on Cosmopolitan.com about how it felt to have her personal photos hacked while she was on her honeymoon. Union was one of the victims of the massive photo hack in August that targeted stars like Jennifer Lawrence and Kate Upton.

Here’s what she said:

She also notes that she felt especially helpless because so many of the photos that surfaced had been deleted years ago. Unfortunately, it seems that the “delete” button is practically meaningless:

Union calls the hack a “new form of sexual abuse,” and declares that the “violation” is about control over her own body. “People sometimes argue: but you wear skimpy bikinis — what’s the difference? The difference is that you are the one who chooses whether to show your body,” she writes. “When billions of people on the Internet can see you naked without your consent, it’s a crime.”

The actress also compared speaking publicly about the hacking incident to when she was raped as a college student, noting that she stood up for herself then by helping the rapist get prosecuted, and she will stand up for herself now. “I was raised to speak up,” she writes.

The Bring It On star also said she was surprised at the outpouring of support, sometimes from places she least expected. “In LA, the photographers were waiting, but not to attack: They actually high-fived me. ‘We’re on Team Gab,'” she writes. “When the paparazzi tell you something is bad, you know it’s really bad.” 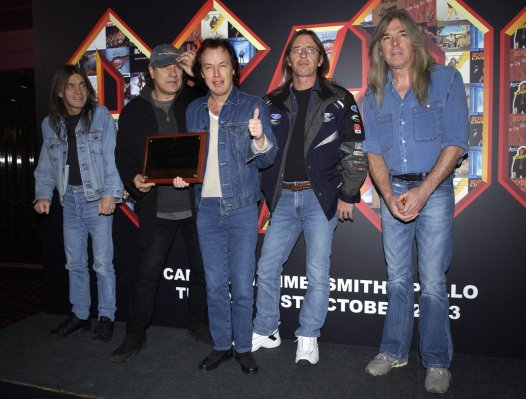 AC/DC Drummer Accused of Trying to Arrange Murder
Next Up: Editor's Pick