A Shadow Falls on China

Will the next global financial crisis be manufactured in China? That’s a question raised by the most recent report on the shadow-banking sector, from the Financial Stability Board (FSB), a group in Switzerland that coordinates the work of the world’s financial regulators. Shadow banks are that mysterious collection of hedge funds, money-market funds and private lenders that operate outside the regulatory scrutiny of the formal banking sector. And as the FSB report shows, China is where the shadow is growing fastest.

New numbers show that globally, shadow banking grew by a whopping $5 trillion in 2013, to $75 trillion. As a percentage of the global economy, the shadow-banking sector is nearly where it was in 2007, before the financial crisis hit.

All the backslapping about how much “safer” our banking system is now than it was six years ago is meaningless. While banks themselves are still plenty risky—witness the 25 European banks that recently failed a regionwide stress test—increasingly, new financial risk isn’t even being held in banks. Instead, it’s being held in shadow banking, where regulators can’t see it, and policymakers don’t limit it in the same way they do risk held by the formal banking sector.

That’s where China comes in. It now has the world’s third largest shadow-banking sector, behind the U.S. and the U.K.—largely because Beijing’s traditional banking industry is totally dysfunctional. State banks lend mainly to state-owned companies with ties to the Communist Party. The private sector, which creates about 80% of the jobs in China, gets only 20% of state banks’ capital. That disparity forces the most productive firms in the country to borrow at much higher rates on the black market.

But the size of China’s shadow-banking sector also reflects a bigger problem, which is the size of the Chinese debt bubble. Over the past six years, since the 2008 financial crisis, Beijing has taken unprecedented measures to ensure that the country won’t fall into a ­recession—a fate Chinese leaders fear tremendously, because the higher unemployment that would likely result could put social stability and the regime itself at risk. Those policies have included embarking on the largest spending spree in history, on things like infrastructure and real estate projects—many of which stand empty.

Just to give you a sense of how big the Chinese debt bubble is, over the past year, it has taken about $4 of debt to create every dollar of economic growth. That ratio was just over 1 to 1 in China before the financial crisis. It’s a run-up that reminds Ruchir Sharma, head of emerging markets at Morgan Stanley Asset Management, of another debt run-up—the one that Americans engaged in from 2000 to 2008, when debt-to-GDP ratios increased similarly. “In every country, and over every time period, if you have credit growth which is much stronger than under­lying economic growth over five consecutive years or more, you get trouble,” he says.

That’s exactly the situation in China today. So what does that mean for the rest of the world? The first headwind will come through trade. While the U.S. was able to keep growing at more than 4% during the Asian financial crisis of the late 1990s, China’s contribution to global growth is now three times what it was back then, which means bad times in Beijing will be widely felt.

You can already see the effects in commodity-rich ­nations like Brazil and in parts of West Africa, whose economies are slowing as Chinese energy demand tapers off. A slower-growing China will also consume less U.S. heavy machinery and high-tech goods, which is bad news given that so much of the U.S.’s own weak recovery is built on exports.

What’s harder to predict is how China’s debt load may affect global finance. While state banks’ bad debt will likely be covered by Beijing, the loans that go bad in the shadow-banking sector won’t. If that results in a collapse in the private sector, unemployment in China could get ugly fast, which means social stability could be at risk. The growth in the shadow-banking sector means we now know less, not more, about who’s holding debt than we did before the 2008 financial crisis—particularly in the second biggest economy in the world. That’s something we should all be worried about. 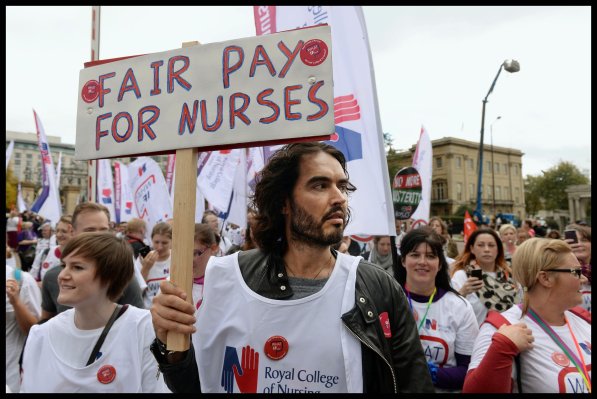 Jokers in the Pack
Next Up: Editor's Pick