Is This Hillary Clinton’s Moment?

On the Sunday before the 2014 election, a vision–perhaps a fantasy–of the future of the Democratic Party was on display at a get-out-the-vote rally in Nashua, N.H. The first speaker was Ray Buckley, chairman of the state party. Every other speaker, and there were lots, was a woman. There were two female candidates for state senate from the Nashua area. There was one of New Hampshire’s two (out of two) female members of Congress. There was Maggie Hassan, the incumbent governor. There was Jeanne Shaheen, a former governor locked in a tight race for another term in the U.S. Senate. Hillary Clinton was there too–at the last rally of 45 campaign stops she made for Democratic candidates during the 2014 campaign.

New Hampshire has always been a magic place for the Clintons. In 1992, Bill Clinton’s second-place finish gave him new life amid the Gennifer Flowers and draft-evasion scandals. In 2008, crushed by Barack Obama in Iowa, Hillary Clinton almost shed a frustrated tear on the day before the primary, then won, narrowly, keeping her candidacy alive. “You lifted me up, gave me my voice back,” she told the Nashua crowd. “You taught me so much about grit and determination.” A big “Ready for Hillary” truck was in the parking lot. It seemed the 2016 campaign had begun.

A few days later, 4 out of 5 of the female candidates onstage in Nashua won re-election, but it was an empty victory, since Democrats were crushed across the country. No doubt, the Republican sweep can be attributed to the unloved Obama, and to the fact that Presidents usually fare badly in their sixth-year election, and to the states in play, which favored the Republicans. But the Democratic candidates were weak and inept; they seemed defensive, reflexive, played out. They pretty much limited themselves to women’s issues, and those were clearly not enough to convince a frightened and frustrated country.

I watched Clinton speak three times during the campaign, and she limited herself to women’s issues too, but she did it cleverly. The emphasis was on economics rather than reproductive rights. She was especially good on the economic impact of pay equity: working women would have more money to spend, and they would spend it on consumer goods, which would create jobs–the opposite of trickle-down economics. She told specific personal stories about her difficulties as a working mom. She spoke slowly, softly, far more confidently than she had in past campaigns. There was a two-tiered rationale for her message: she was spot-on the Democrats’ national pitch, a good soldier selling the blue brand, but the emphasis on women’s rights also redressed a failing from her 2008 campaign. She had run on “experience” then and downplayed the fact that she was a piece of history: the first plausible woman to run for President. She doesn’t have to worry about experience now; everyone knows she has it. The question is, how does she play to her strengths as a woman if she chooses to run? (And I assume she will.) And how does she convince voters that she’s not the same old, same old?

The 2014 exit polls indicated that both political parties are roundly disdained. The Republicans earned their enmity because of their angry, intransigent extremism, but they may be emerging from the swamp. Their candidates this year were more moderate (though they still pandered shamelessly to the party’s paranoid base). Even Mitch McConnell was making postelection noises about getting stuff done in Washington. This raises a potential problem for Democrats. It could put a crimp in one of their strongest arguments: We’re not Republicans.

There are two even larger, perhaps existential problems for the Dems. They are the party of government, and people don’t like government. They don’t think it works. The botched rollout of Obamacare is far more persuasive to many people than its ensuing successes. Additionally, Democrats have allowed themselves to be lulled by demographics. They are strong among growing blocs: women, young people, minorities. Consequently, they have come to seem a party of identities rather than issues. They don’t speak to a larger, unifying sense of America; they speak to women and try to get out the vote among blacks, Latinos and students. They have come to seem opportunistic rather than optimistic.

The Obama Presidency is crippled, not dead. There will be opportunities for compromise and even triumph. But the Democrats are now Hillary Clinton’s party. She will be challenged for the nomination, and she will have to adjust to new political realities. She will also have to figure out a way to seem fresh, aggressive and optimistic–the precise opposite of the candidates the Democrats put forward in 2014. 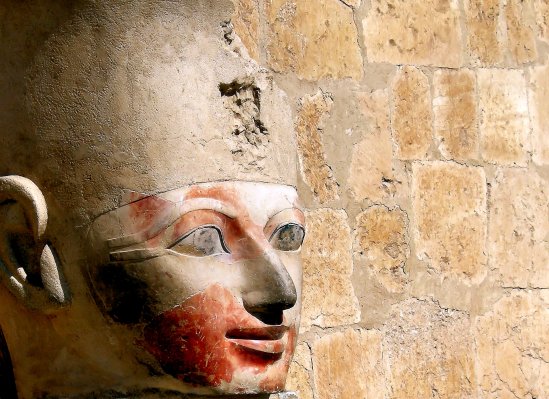 Who Remembers the Greatest Woman to Rule the Ancient World?
Next Up: Editor's Pick