High-level talks on Iran’s nuclear program resumed in Geneva on Thursday with diplomats from Tehran on one side of the table and representatives of the European Union and United States on the other. But the meeting was not the start of negotiations toward a comprehensive pact – the goal teed up by the interim agreement announced with much fanfare on Nov. 24.

The topic at hand is still that interim agreement. Turns out everything in it was not quite agreed after all.

One widely reported sticking point – likely the biggest – is the fate of the new centrifuges Iran has assembled but not yet installed. Centrifuges are complex machines that purify uranium by spinning it in canisters at terrific speed. Uranium purified to 5 percent can be used as fuel in a nuclear reactor built to produce electricity.

Most of the 18,000 centrifuges that Iran has installed are relatively primitive. But it has purchased newer models, called IR-2m, that work four or five times faster. Under the terms of the interim agreement, Iran agreed not to install them at its enrichment plants in Natanz or Fodrow. The question is whether the text allows Iran to test the new models. Iran says it can, noting the document permits “research and development” on the new model. Western power disagree, and so the talks continue.

“What it says about R&D isn’t specific enough,” says Mark Fitzpatrick, director of the non-proliferation and disarmament program at the International Institute for Strategic Studies in London.

Iran left Friday’s meeting under the impression that the issue had been resolved. The state-owned IRNA agency quoted Tehran’s chief negotiator, Abbas Araghchi, as saying that language had been decided around the table in Geneva — but added the significant caveat that all parties had two days to confirm with their capitals that the (undisclosed) compromise language was acceptable.

For the West, the worry is that allowing Iran a free hand to test the faster centrifuges means the machines will be standing ready for immediate use if the talks on a final pact fall apart – significantly shortening the time it would need to produce the atomic weapon that Western powers and Israel believe is the point of a nuclear program Iran still insists is peaceful.

The dispute – and, perhaps more important, the delay it has caused – cast a shadow over the Nov. 24 announcement of the interim agreement, marked by on-stage embraces and declarations of a new era in relations between Iran and the West. Six weeks later, the vaunted document has not actually been signed. Which means its provisions freezing several elements of Iran’s nuclear program have not gone into effect — nor the countdown to a comprehensive pact, which could take either six months or a year, depending on how you read the document.

“Now it’s clear to us that there were a number of issues left with, shall we say, ‘lack of clarity,’ which opens up a lot of room for disputes over the different interpretation,” says Emily B. Landau, a nuclear proliferation specialist at the Institute for National Security Studies, a think tank at Tel Aviv University.

Landau, who has followed the once-secret Iranian nuclear effort for more than a decade, interprets the delays as Iranian stalling. During the two years of haggling that followed a previous (and likewise celebrated) announcement of a 2003 pact between Tehran and European powers, Iranians quietly mastered the technical points of enriching uranium. The strategy was a point of pride for then-negotiator Hassan Rouhani, now Iran’s President. In 2005 Iran announced it was leaving behind the agreement with the Europeans turning on its centrifuges. Since then, it has accumulated some 10 metric tons of uranium enriched to 5 percent purity, and enriched about 400 pounds to 20 percent, closer to the potency required for a nuclear weapon.

“We’ve seen this before in the Iran issue back in 2003 when the British, French and Germans struck the deal to suspend Iran’s program,” agrees Fitzpatrick. “It was full of loopholes and Iran took advantage of every loophole.” He sees that, however, as natural behavior in any negotiation and no particular reflection on Iranian sincerity. “I wouldn’t myself call it bad faith, but I’m sure people who want to think the worst of Iran – and there are a lot of them – will call it bad faith,” he says.

Landau counts herself among them. She notes that, even though the interim deal has not yet been signed, the international economic sanctions that coerced Iran to begin negotiations are already losing their power: The Nov. 24 announcement produced an immediate uptick (by 3 percent) in the value of Iran’s currency and oil sales. Businesses are preparing for the limited lifting of sanctions promised when the interim pact goes into effect – perhaps by Jan. 20, according to published reports.

In the interval, Tehran stands to benefit, both by remaining free of its obligations under the interim pact and by enjoying the economic benefits that accumulate even before sanctions are officially lightened. “Unfortunately, economics doesn’t adhere to the clear-cut logic of the Obama administration,” Landau says. “It’s not a faucet you can turn on or turn off. Economics responds to expectations.”

The profile was low key, with no sign of fallout either from the Dec. 13 walkout of a lower level Iranian delegation (to protest the introduction in a U.S. Senate bill calling for more sanctions), or from the language of Iran’s Supreme Leader in a speech Thursday. Ayatullah Ali Khamenei warned that “the enemy’s smile shouldn’t be taken seriously.” His additional statement that Iran “will negotiate with this Satan, to deter its evil and solve problems,” after all amounted to an endorsement of the negotiations, as well a reiteration of his well-known views on Washington. Analysts interpreted them as largely for internal consumption, especially to hard-liners who oppose the talks.

The word to the diplomatic world was far blander, and on Facebook, where Foreign Minister Javad Zarif posted Wednesday. “The nuclear talks are continuing with seriousness and political will,” he wrote, adding that the December sessions brought “positive results.” 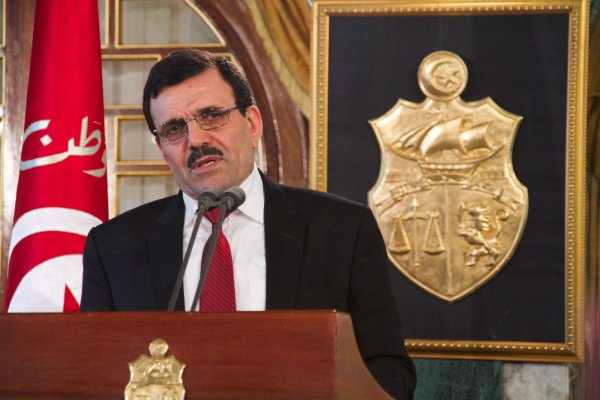