The Stream Is Over: A-Rod Admits to Manipulating Drug Tests

New York Yankees' Alex Rodriguez wipes sweat from his brow as he sits in the dugout before a baseball game against the Baltimore Orioles in Baltimore on Sept. 11, 2013.
Patrick Semansky&mdash;AP
By Sean Gregory

Alex Rodriguez, according to a synopsis of a January meeting between him and the feds cited by the Miami Herald, has admitted to using performance-enhancing drugs supplied by Anthony Bosch, a fake doctor who ran a South Florida steroid ring. According to the Herald, Rodriguez copped to using PEDs between late 2010 and October 2012. That A-Rod did drugs will surprise no one–the slugger previously admitted to taking steroids in the early 2000s.

However, what’s especially revealing is the way in which A-Rod says he beat the tests. As the Herald reports:

Could this strategy have possibly worked? Victor Conte, founder of the infamous BALCO lab that created designer PEDs, calls it “good instruction” for avoiding detection. “I do think there is a different concentration of metabolites in the first portion of a urine stream,” says Conte. However, Conte doesn’t think submitting the end of the stream would increase an athlete’s likelihood of getting caught.

Don Catlin, former director of the UCLA Olympic Analytical Laboratory – the world’s largest PED testing facility – disagrees with Conte’s assessment. He says the chemical makeup of the urine stream is consistent from beginning to end. “I think that’s nonsense,” Caltin says. “But it does speak to the difficulty of urine testing. There are lots of ways to wiggle around the actual test.”

Catlin says he’s seen Olympians carry a “bladder-type device” under their armpits, and squeeze someone else’s clean urine down a rubber tube taped to the penis. You can also stick, say, bleach on your fingers, and put your finger in the urine stream while taking the test, tainting the sample. “The bleach no longer renders urine a pure substance,” says Catlin.

In theory, testers should watch an athlete urinate to make sure the process is pure. “But leaning over and being aggressive,” says Catlin, “sometimes doesn’t happen. That’s the nature of life.”

The troubles with urine testing, says Catlin, eventually forced him out of the testing game. He knew too many athletes were getting away with things. Outgoing baseball commissioner Bud Selig touts his sport’s testing protocol as tough. And yet Rodriguez – and several other high-profile players – have shown they can beat it. No matter how Rodriguez did it, a positive test didn’t catch him. An investigation, and now this reported confession, did. “I don’t have the confidence,” says Catlin, “that baseball is doing it right.” This is coming from one of the pioneers of modern testing. And he says baseball’s not alone: you can’t be certain other sports are clean either.

Still, it’s Rodriguez who’s now going to face Lance Armstrong-levels of public scorn. Few sports fans have ever believed his innocence. But his posturing looks so noxious now. Last November, Rodriguez left a grievance hearing regarding his 211-game suspension after finding out that Selig would not have to testify. He ran over to the studios of WFAN radio, and denied to host Mike Francesa that he used PEDs.

It’s not the drugs that doom the steroid users. It’s always the lies. Baseball is coming off a charming post-season, with the underdog Kansas City Royals 90-feet away from sending a classic Game 7 into extra innings. Madison Bumgarner’s performance was historic.

Now, this off-season and into spring training, the A-Rod sideshow is back. 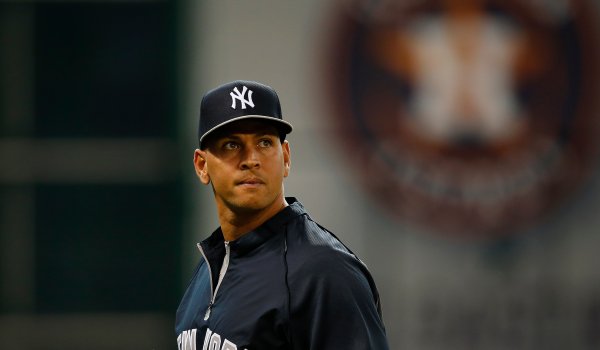