Obama Says He Wants to 'Get Stuff Done'

President Barack Obama refused to give Republicans the satisfaction of characterizing his party’s midterm election trouncing Wednesday, telling reporters he is focused on finding a way to work with the new GOP majority.

Facing the press from the White House East Room a day after Senate Republicans secured enough votes to retake the majority in the next Congress and House Republicans expanded their lead in that chamber, Obama acknowledged that Tuesday was “a good night” for the Republican Party, and that turbulent political times are ahead for his administration.

“Congress will pass some bills that I will not sign,” he said. “I’m sure I will take actions that some in Congress will not like.”

“I’m eager to work with the new Congress to make the next two years as productive as possible,” added said. “The most important thing I can do is just to get stuff done, and to help Congress get some stuff done.”

Obama said he believes he and Republicans can find common ground on infrastructure spending and expanding international trade agreements, the latter an area that has found more Democratic than Republican roadblocks in recent years.

In the near term, Obama said he will work with the lame duck Congress to pass a government funding measure, provide a new legal justification for the campaign against the Islamic State of Iraq and Syria (ISIS), and allocate additional funding for the global effort to stop the spread of Ebola.

Obama acknowledged that he and likely Senate Majority Leader Mitch McConnell don’t know each other well, saying, “He’s always been very straightforward with me.” “I would enjoy having some Kentucky Bourbon with Mitch McConnell,” Obama added. “I don’t know what his preferred drink is.”

“I think we can have a productive relationship,” he said.

Obama said Tuesday’s results would not deter him from taking unilateral executive action to execute some aspects of immigration reform, despite McConnell warning earlier Wednesday it would be “a big mistake,” and “like waving a red flag in front of a bull” for conservatives.

“What I’m not going to do is just wait,” he said, repeating that his preference is working with Congress to pass a bill. Obama reiterated that he will act before the end of the year.

With little introspection, Obama tried to put the election results in the past. “Every election is a moment for reflection,” Obama said as reporters repeatedly asked Obama to express regrets or open up about staff changes at the White House. “Everyone in this White House is going to stop and think, what do we need to do differently.”

Obama expressed openness to Republican reforms to his signature health care law, the Affordable Care Act, saying he would consider a GOP proposal to repeal the medical device tax. But he said he would not consider efforts to undermine the law by repealing the so-called individual mandate.

Read next: Why Barack Obama Never Talked To Mitch McConnell on Election Night 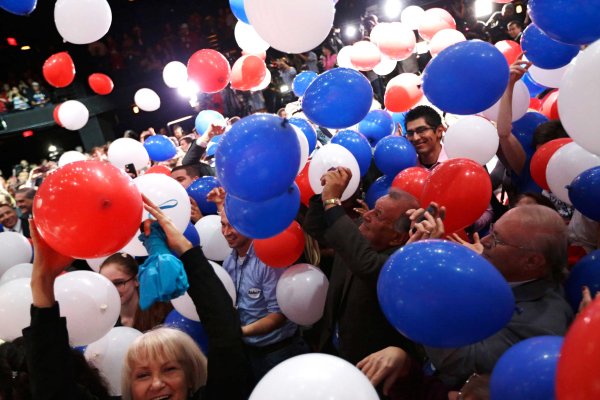 How the Republican Establishment Got Its Groove Back
Next Up: Editor's Pick