Reasons It's Ok to Dress Your Kid in Kardashian Baby Clothes

Kim Kardashian and daughter North West have certainly made their mark in the fashion world recently. On Monday, the reality TV star showed up to a meeting in Woodland Hills sporting a stylish Birkin Bag with a one of a kind design: the fingerpainting by daughter Nori. What else? And yes, this was obviously Kanye West’s idea.

Speaking of bold fashion moves, Kim and her sisterhood of the traveling pants (AKA Khloe and Kourtney) recently released a line of children’s clothes at Babies R Us, and it’s causing even more drama than Bruce Jenner’s mane of free-flowing hair. To put it simply, there are three types of people in this world: people who love the idea of dressing their infants in “leatherette skirts,” people who have no idea what a “leatherette skirt” is and people who fear a “leatherette skirt” will doom their innocent baby to a lifetime of sex tapes, 72 day marriages and questionable taste in floral print.

Professional Concerned Mother, Amie Logan of Roeland Park, Kansas, falls into the third category and tried to rally fellow moms in a petition to ban Kardashian Kids from Babies R Us. “I don’t want my child to grow up to be a sex tape star,” Logan’s Change.org petition initially read. “You pulled the Breaking Bad toys because they promoted drug use. You should pull this clothing line because it promotes bad behavior as well. The madness has to stop. If the toys are damaging so is the clothing.” Logan later withdrew the petition, saying that she had just wanted to start a conversation.

Considering that Babies R Us is a company that until recently felt totally comfortable selling action figures of meth dealers, it’s unlikely it will pull Kardashian Kids. (In fact, the store recently said as much to The Huffington Post.) But Logan’s concern–and that of the 2,941 moms who signed her petition–is just one more example of the shaming that’s been associated with Kim Kardashian’s name ever since she made her sex tape.

Many adults don’t see anything wrong with two people filming their consensual “love making,” but ever since Kim’s then-partner, Ray J, sold their x-rated tape to Vivid Entertainment, her public life’s been judged. For those of you who blocked out this harrowing time in early aughts pop culture, Kim filed a lawsuit against Vivid Entertainment and eventually settled for somewhere around $5 million. In other words, she turned exploit into profit, and made the first of many solid business decisions–including Kardashian Kids, which I’m guessing will do quite well considering the Kardashian reign of success.

The tabloid-reading denizens of middle America (myself included) have accepted most of Kim’s business pursuits as a natural by-product of her status as a sex star (of course she’d design lingerie–and more power to her.) But, her foray into children’s clothing crosses a line for parents like Amie Logan, who fear Kim has no place at the family dinner table—or, shall we say, changing table. “I would not choose to put my daughter in these clothes, and because the Kardashians are not people that have the family values that I uphold,” Logan’s petition now reads (having been updated since the initial post). “This whole petition, and the very negative responses I have received, has gotten larger than I ever expected when I started it last week. In the end it did get people discussing the issue…The original article seemed to leave out that this petition wasn’t a crusade, but a means to get people discussing who should be raising their children, and what things retailers have the right to sell.”

While I don’t want Kim Kardashian raising my children (though I would take Khloe as a sassy godmother and I wouldn’t mind an Hermes Birkin bag no matter whose drawing is on the front) I’m fine having my kids grow up with Kim and her sister-friends on the sidelines of their lives. With a net worth of $28 million, Kim has been at the center of a successful reality franchise, owns a chain of boutiques with her siblings, has lent her name to multiple clothing lines and even made a tanning lotion titled Kardashian Glamour Tan. Plus, let’s not forget the highly addictive waste of time that is the game Kim Kardashian: Hollywood, which could earn a predicted $200 million in 2014. In an industry that’s still dominated by men, shouldn’t Kim be celebrated as a successful businesswoman by us and our leatherette-wearing kids?

Feminism is more on trend than ever with stars like Taylor Swift, Beyonce and Miley Cyrus self-identifying with The F-Word. While there’s been some backlash against calling Kim Kardashian a feminist (Jezebel accurately points out that she represents impossible beauty standards that play into “the patriarchy”), there’s no denying that she’s a model of female success among a sea of male entrepreneurs. So, what exactly is the problem with our kids growing up with her name plastered on their clothing?

No child will be fated to a life of sex tapes and loose morals simply by wearing Kardashian Kids at the tender age of two. And, to be honest, most of the clothes look like something you’d find at Baby Gap (only designed by whoever makes Kanye West’s pants). Toddlers would probably go through life blissfully ignorant of their leatherette skirt’s sinister plans if it weren’t for their parents teaching them that there’s something innately wrong with clothing designed by a former sex tape star.

There’s no denying that Kim Kardashian’s empire rests on a foundation of overt sexuality, but let’s admire the fact that she successfully built said empire on her own. Sure, some of Kim’s endorsements are less than inspired (Charmin Toilet Paper, for one), but she did what she had to do to succeed, and her business decisions are only getting more daring –– especially now that she’s a mom to burgeoning fashion icon North West. Just look at Kardashian Kids: instead of a bright pink palette, the line gives off a progressive, cutting-edge vibe with gender-neutral tones and the implied message that girls don’t have to be overtly “girly” to be feminine.

Kim once mused, “I have so much going on in my life. I never wanted anyone to think of me as Kim Kardashian, sex tape star.” There’s no doubt that it’s hard to shake this notion, but fans and haters alike should learn to look past Kim’s tape and start applauding her for being both a successful momtrepreneur and a potential business role model for our children. No, I don’t want my daughter building an empire based on her looks, but I do want her building an empire as successful as Kim Kardashian’s. 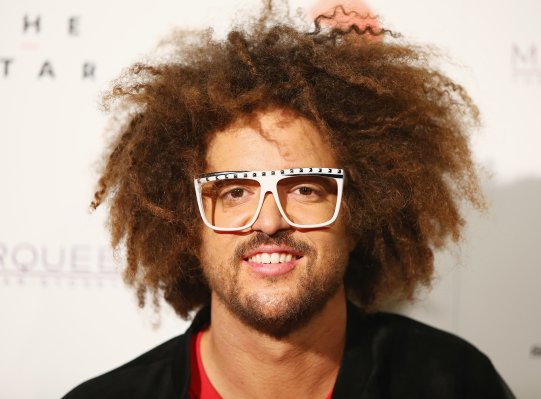