It Doesn't Matter if Alex From Target Is Real or Fake

The Internet is an emotional roller coaster.

Over the weekend, a picture of a 16-year-old cashier now forever known as Alex from Target went mega-viral for no discernible reason save the fact that the Internet is 1) incredibly random and 2) run by teenagers who love adorable boys.

By Tuesday, a digital marketing company called Breakr told CNET that it was actually responsible for Alex from Target’s virality — launching his fans into a deep depression made up of sad emoji upon realizing that everything is, in fact, a lie. Later that day, following significant Twitter backlash, Breakr backpedaled and said the meme was real — the company had merely “drummed up support.”

So is he real? Business Insider is skeptical and thinks that Target — a company that, let’s face it, could use some good press right now — could actually be the brains behind the operation. The fact that Alex waited a few days to go on Ellen as his first press appearance seems kind of calculated (you know all the morning shows were calling), and companies have a history of planting viral stories. Some never even end up coming clean — which, considering the Breakr backlash, is understandable.

But when Alex appeared on Ellen, he was everything we wanted him to be. Confused (“I was just really confused!”), unassuming (when asked if he could use the moment to capitalize on other talents he claimed he couldn’t even dance well), and unready for fame (his Twitter following jumped form 144 to 550k — “I feel so pressured, they’re waiting!”)

We may never really know whether Alex from Target is real, a marketing ploy, or a little bit of both. And it doesn’t really matter. We have become conditioned to trust both everything and nothing. We know that most viral moments are too good to be true, and that every meme runs the risk of breaking our hearts. And yet, having the collective memory of a goldfish, the Twitterverse will continue to favorite and share.

Because Alex is adorable and a great distraction. Even if Alex is lie.

See More:
7 Incredible Viral Moments That Turned Out to Be Marketing Stunts 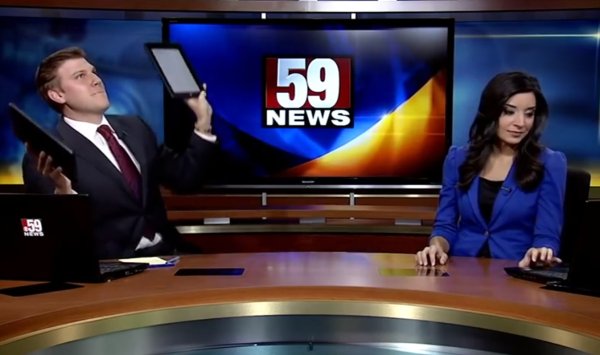 This Local News Reporter Dancing to T.I. Is Everything
Next Up: Editor's Pick