President Barack Obama holds a news conference in the East Room of the White House in Washington D.C. on Nov. 5, 2014.
Larry Downing—Reuters
By Alexandra Sifferlin

President Barack Obama is seeking more than $6 billion in emergency funds from Congress to fight Ebola in West Africa and prevent the virus from again reaching the United States.

If approved, the Associated Press reports, $2 billion would be allocated to the United States Agency for International Development (USAID) and $2.4 billion would be set aside for the Department of Health and Human Services. Another $1.5 billion would go to a contingency fund. With the new funding, the report adds, the U.S. would create dozens more treatment centers and secure additional safety suits.

Health officials have long warned that the U.S. is not safe from Ebola until the outbreak is stopped at the source in West Africa. New figures released by the World Health Organization on Wednesday detail the virus’ wrath in the region, with more than 13,000 reported cases, including some 4,800 deaths, as of Nov. 2.

The U.S. has previously committed $500 million to deploy more than 3,000 troops, some of whom are erecting treatment facilitates. As TIME reported in September, Obama also requested another $88 million from Congress, which included $58 million to speed up the development of experimental drugs.

The international community has been criticized by medical aid groups like Doctors Without Borders and the Red Cross for reacting too late to the outbreak. 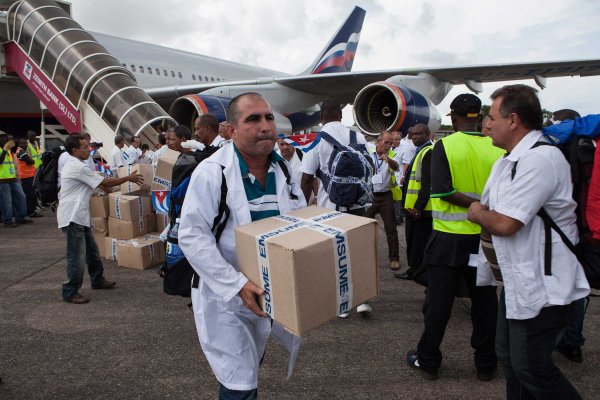 Why Cuba Is So Good at Fighting Ebola
Next Up: Editor's Pick