The logo of Home Box Office Inc. (HBO) is seen on the exhibit floor during the National Cable and Telecommunications Association (NCTA) Cable Show in Washington on June 11, 2013.
Bloomberg/Getty Images
By Victor Luckerson

HBO has made its expectations for its upcoming streaming service a bit more clear. In a quarterly earnings call for parent company Time Warner, HBO CEO Richard Plepler said that the premium cable network is looking to pull in between 4 and 5 million new customers who don’t currently subscribe to cable with its new online-only offering. In October Plepler estimated that there are 10 million broadband-only households in the U.S., a cohort he called “low-hanging fruit” that could easily be persuaded to buy HBO.

By allowing people who don’t pay for cable to access its content, HBO is engaging in a high wire act that has never been attempted before in the pay-TV industry. The company wants cord-cutters to buy its service, but it doesn’t want the people who already pay for cable to dump their subscriptions in favor of an HBO-only product. That would upset the pay-TV distributors, who currently handle customer service for HBO and often lower the subscription cost to entice new subscribers.

Others in the industry are not so sure. After HBO announced its intention to launch a stand-alone service, NBCUniversal Chief Executive Steve Burke said, “It’s going to be a challenge for them to not cannibalize what is already a really, really good business.” (NBC is a division of Comcast, the country’s largest cable provider.) Plepler said HBO continues to have a strong relationship with Comcast and intends to work closely with broadband providers to launch the new service.

Even without the cord-cutters, HBO is bringing in a lot of money. The network generated $1.3 billion in revenue during the third quarter, a 10% increase over the same period a year ago. Operating income declined 4% to $380 million. Time Warner as a whole saw revenue rise 3% to $6.2 billion for the quarter, beating Wall Street analysts’ expectations. Adjusted earnings were $1.22 per share, also beating projections. 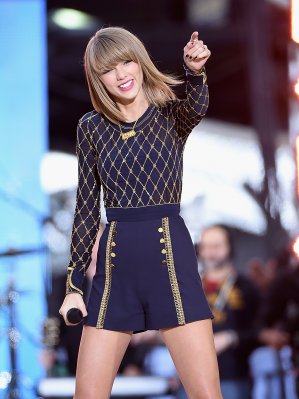 Why Only Taylor Swift Could Leave Spotify
Next Up: Editor's Pick