An ultra-Orthodox youth stands in front of the vehicle of a Palestinian motorist who rammed into pedestrians at the scene of an attack in Jerusalem, Nov. 5, 2014.
Ammar Awad—Reuters
By Daniella Cheslow / Jerusalem

Two are dead in Israel after a driver plowed his van into a queue of commuters waiting for a tram Wednesday, marking the latest deadly incident amid escalating religious tensions around one of the country’s heavily disputed sacred sites for both Jews and Muslims.

Police said the motorist Wednesday slammed his vehicle into the light rail stop in east Jerusalem first, backed out and proceeded to drive off, hitting several cars along the way. He then got out of the car and attacked a group of civilians and police officers on the side of the road with a metal bar before authorities shot and killed him.

The attacker was identified by authorities as Ibrahim al-Akari, a 38-year-old Palestinian who had recently been released from prison after serving time for security offenses, police said. Security camera footage appeared to show al-Akari darting through a crowded intersection before he was shot.

The attack Wednesday bore similarities to an incident two weeks ago in which two Israelis were killed by a Palestinian assailant who was then killed by Israeli police.

Hamas, the Palestinian militant group that controls the Gaza Strip, confirmed that al-Akari was a member of the group, and said in a statement that al-Akari, “whose blood watered the land of the occupied holy city of Jerusalem, preferred but to retaliate for the blood of his people and the sacredness of the Al-Aqsa Mosque and Jerusalem.”

The Temple Mount/Noble Sanctuary compound, which includes the Dome of the Rock and al-Aqsa Mosque, is at the center of rising tension as a movement for Jewish right to prayer there gains a foothold in political spheres. Israel forbids non-Muslims from praying on the compound. Jews pray instead at the Western Wall, a retaining wall of the ancient demolished Jewish temple.

Last week, Rabbi Yehuda Glick, who managed a center aimed at advancing Jewish rights at the Temple Mount, was leaving a Jerusalem conference he convened called “Israel Returns to the Temple Mount” when Moataz Hijazi, a Palestinian dishwasher at the conference building who had previously spend 12 years in Israeli prisons, pulled up on a motorbike and shot him. Police shot the 32-year-old Hijazi 22 times in his home the following morning.

Supporters of Glick say the attack on him should be a watershed moment. At a prayer rally for Glick Saturday, Jerusalem city council member Aryeh King called on the Israeli government to “wake up and strengthen the Jewish presence on the Temple Mount.”

Up a stone staircase from the Hijazi home, a young man named Amar, 25, said Hijazi reminded him of himself, caught between making money in an Israeli job and nursing a deep grudge toward Israel. He declined to give his last name for fear of losing his job cooking in a Tel Aviv restaurant. He said he works in an Israeli restaurant because he cannot find any other work but, “I would take a life sentence for the sake of Al-Aqsa,” he said.

Since Israel conquered Jerusalem’s Old City from Jordan in 1967, Muslims have been able to access the site at all times, while non-Muslims have limited visiting hours. Jews may not pray on the site. King Abdullah of Jordan has warned that changing the agreement could jeopardize the 20-year-old peace treaty between his country and Israel. On Wednesday, Jordan recalled its ambassador for consultations. 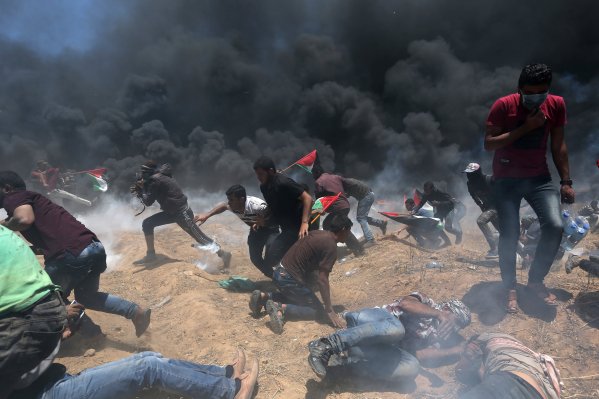