Last night, Taylor Swift took to Instagram to celebrate her record album sales the best way she knew how: by jamming out to Kendrick Lamar:

Tay’s love for Kendrick, of course, is no secret. In a September interview with Rolling Stone, she said his “Backseat Freestyle” (which is the song she’s lip-synching above) is her “go-to” jam to help her “immediately go from feeling victimized to feeling awesome.” She proudly declared that she knew every word to the three-and-a-half-minute track.

Then there was the time Taylor rather enthusiastically rocked out to Kendrick’s performance at the Grammys while the rest of the crowd sat demurely in their seats. Who would have expected T-Swift to be such a big K.Dot fan? (K.Dot was Kendrick Lamar’s former rap name, in case you were unaware. We’re assuming Tay-Tay already knew that.)

Here’s the thing, though: the love is not unrequited. It’s reciprocal and it’s real (real, real, really really real). Yup — Kendrick feels the love too.

After Taylor’s shout-out in Rolling Stone, Kendrick had nothing but gratitude and praise for the country-pop singer. “I appreciate Taylor Swift for supporting not only my music but just the hip-hop culture,” he said in an interview with the Associated Press. “There’s really no gap. It’s music and it feels good.” He added that her comments helped show that hip-hop is something that can and should be enjoyed by everybody. “Some people always try to lock it down and categorize it for one particular listener,” he said. “But it moves all, even people from other genres.”

And in a recent interview with The Fader, Kendrick once again confirmed that he respects Taylor as a fellow musician — and, again, as someone who appreciates and enjoys music that’s wildly different from her own.

“Shout out to Taylor Swift,” he said. “You can’t put great music in different genres. I enjoy great music outside of my own music all the time, so I definitely can see where she’s coming from when she says that she listens to the record, and it’s a great thing for her to acknowledge that and put that good energy out into the world like that.”

But then, things got even better. When the conversation turned to Taylor’s recent hit “Shake It Off,” Kendrick proved that he doesn’t just respect her as a musician — he also genuinely enjoys her work. “I love that song,” he said, before launching into an impromptu sing-along:

Soon, a Dallas radio station asked Kendrick to freestyle over the “Shake It Off” beat, since he’s clearly such a big fan of the tune — and of course, he totally goes for it. “K.Dot, you know that he’s hot” he spits. “I can do rhythm, hip-hop, I can do pop.”

We can only hope the Kendrick/Taylor love continues to grow into something big and concrete (yet still, of course, platonic) enough for Taylor to one day write a song about it — a song that Kendrick would then cover. 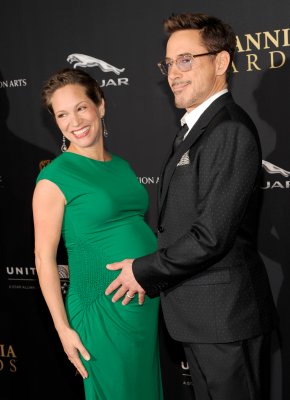