In addition to re-electing Governor Jerry Brown by a wide margin, California voters also endorsed his top priority, approving a $7.5 billion water bond. The measure, which looked certain to be passed 66.8% to 33.2% after 99.9% of precincts reported, is meant to shore up the state’s ability to cope with drought conditions and will increase its water storage capacity and protect drinking water.

Ahead of the vote, critics pointed out that the water bond wouldn’t have much immediate effect on the ongoing drought nor would it decrease the state’s overall water usage. But Brown poured more than $3 million of his own campaign funds into the water bond promotional campaign, which was also bolstered by large donations from wealthy Californians, including tech entrepreneur Sean Parker and Netflix CEO Reed Hastings. 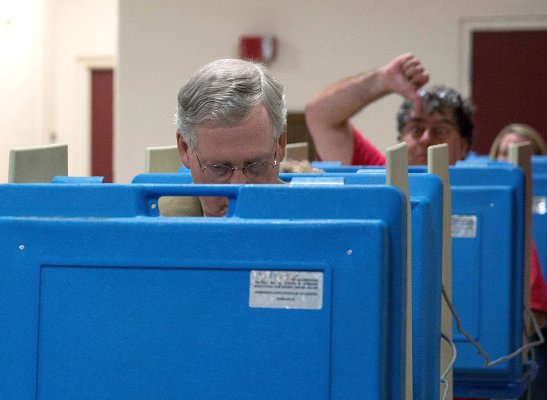 The Weirdest Moments of Election Day 2014
Next Up: Editor's Pick