This Is the Best Drone You Can Buy Right Now

Dozens of pre-assembled consumer drones are now available between at prices between $200 and $9,000, and we looked into virtually all of them. After 35 hours of research and dozens of flights, we had to agree with the opinions of most experts and everyday users: For aerial photography, videography, and generally having fun, the DJI Phantom 2 Vision+ is the best drone for most people from first-time flyers to experienced novices.

No other drone under $3,000 comes with the 2 Vision+’s three-axis gimbal, top-notch camera and live-view that you need to take great photos and videos. Building something similar costs hundreds of dollars more and can be a pain in the neck.

Roughly $1,200 is a lot to pay for a drone, but the DJI Phantom 2 Vision+ is ready to start shooting photos when it arrives. You just spin on the propellers, charge and plug in the battery, download an iOS or Android app for your phone, and you’re ready to lift off and start shooting. Other models require hours at a soldering bench before they’re as capable as the 2 Vision+.

“We’ve been told that drones are going to change the world,” says Norman Chan of Tested, “but this is the first product I’ve used that really makes me believe it.”

In the air, the 2 Vision+ is a very capable imaging machine. Its 1080p/30 720p/60 camera is better than the in-house cameras from companies like Walkera and Blade, and roughly as good as a GoPro Hero3+ action camera. (The 2 Vision+ takes more detailed stills, while the GoPro Hero3+ is clearly better at 1080p video quality.) “The videos and stills are amazing,” said Erick Royer, executive editor of MultiRotor Pilot magazine.

The gimbal, which holds the camera steady even as the aircraft wiggles, is an undisputed standout. It stabilizes the camera in three planes—tipping, rolling, and twisting. Virtually all other drone gimbals stabilize cameras in only two dimensions, leading to shakier images.

Perhaps best of all, the free DJI Vision+ app, combined with the radio controller’s Wi-Fi extender, displays the camera’s view of what the drone is shooting on your Apple or Android smartphone from as far as 2,000 feet away. It also allows you to frame shots by pressing a button that tilts the camera up and down, and it displays useful stats like how much battery life remains.

“The most important thing, of course, if you are flying to shoot, is to see what your composition is,” says filmmaker Philip Bloom. This is key, but it’s sadly rare. To get those features from something like a Phantom 2 and separate GoPro, you have to buy pricey aftermarket video feed transmission systems, pull out the wire strippers, watch or read some tutorials, and plug in that soldering gun or order parts from Britain—a major hassle, in other words.

The 2 Vision+ has other class-leading features, including a battery life of 25 minutes, compared to the usual 10 minutes, and a top-notch autopilot that holds the drone rock steady when you take your thumbs off the controller. If the drone loses connection with the radio transmitter, then it automatically returns to the launch pad—a great safety setting that many drones now use.

The big surprise is the 2 Vision+’s price. $1,160 seems like a lot of money, but is actually a good deal. In order to get similar capabilities from a cheaper drone, such as the 3DR IRIS or plain Phantom 2, you have to futz with the inside wiring of the thing and spend over $1,500 on a drone and aftermarket parts.

Small flaws (but not dealbreakers)

For nervous or over-eager flyers

We gave Phantoms to seven people who’d never flown any kind of radio controlled drone or plane before, from a 13-year-old boy to a 73-year-old retiree. Five of them got the hang of it immediately and had no problems flying. Two of them—excitable guys in their 30s—crashed into trees within five minutes.

The 2 Vision+ is very easy to fly, but because of those experiences we recommend that people consider buying an inexpensive drone, too. If you’re unfamiliar with how to fly drones or don’t trust yourself to fly calmly at first or just need to fine tune your skills (and who doesn’t), then definitely think about getting a cheapo trainer drone before putting your $1,160 investment aloft.

We recommend the highly touted $90 Blade Nano QX. It’s essentially a palm-sized quadcopter without the camera and fancy features like GPS-assisted position hold. It flies much like the 2 Vision+. Push the left stick of the radio controller up and the drone ascends. Push the right stick right and the drone glides right. So skills honed on it transfer to the 2 Vision+. And if you crash the Blade, replacement parts cost just a couple bucks, instead of as much as a couple hundred, and take just 10 minutes to install, instead of an hour or more.

The DJI Phantom 2 Vision+ is the best drone for the vast majority of people. It has many standout features like a 25-minute battery life and is a relative bargain, but these are mere perks. The big deal is that it arrives ready to make super images—colorful, detailed, well-framed, jiggle-free aerial pictures and video. So pilots of the 2 Vision+ can focus on the fun stuff.

This guide may have been updated. To see the current recommendation please go to The Wirecutter.com

Read next: Meet Nixie, the Selfie Drone You Wear on Your Wrist 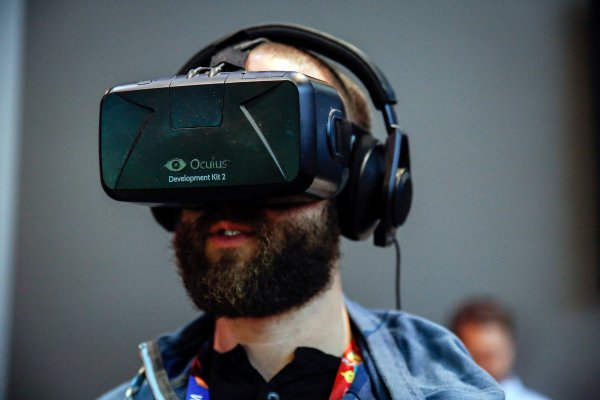 You'll Be Able to Buy Oculus Rift in 'Months, Not Years,' CEO Says
Next Up: Editor's Pick