Burger King reported a 1.4% increase in third-quarter revenue as the fast-food chain reported higher sales at home and in most markets abroad, results that were far better than what McDonald’s served recently. Here’s what you need to know about the latest earnings report.

What you need to know: Burger King’s results were solid considering the pressure many major household brands are facing as consumer eating habits change in mature markets like the U.S. and Europe. The company’s comparable sales grew 3.6% in the U.S. and Canada, better than the 2.5% growth projected by analysts surveyed by Consensus Metrix. Total comparable sales across all regions climbed 2.4%, matching analysts’ expectations and easily besting the 3.3% decline that McDonald’s reported last month. After that poor report, McDonald’s said it would focus more on food quality and digital payments to help improve its results.

What helped fuel Burger King’s stronger performance at home? Well the company said its sales were bolstered by the reintroduction of chicken fries during the quarter, and the BBQ Bacon Whopper was a limited time offer that remained popular. Burger King also stayed focused on price, pointing to success with its value menu offerings.

The big number: Total revenue grew by $3.8 million to $278.9 million, slightly under what analysts had expected, according to a survey conducted by Bloomberg. But adjusted per-share earnings were 27 cents, matching Wall Street’s expectations. Comparable sales grew in all markets with the exception of the Latin America and the Caribbean region.

What you might have missed: The results are the first Burger King has unveiled since the company said it is angling to buy Canadian doughnut chain Tim Hortons. That deal — which would put the combined company in Canada in a deal many speculate is fueled in part by a desire to pay a lower tax rate — didn’t get too many shout outs in Burger King’s prepared statement. The company simply said it was excited to announce the transaction, a deal that is expected to close in late 2014 or early next year. 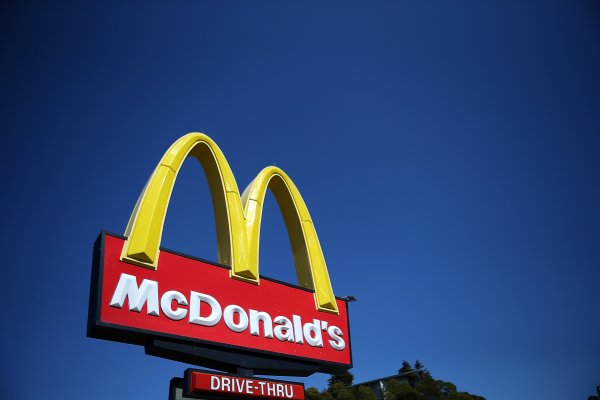 McDonald's Lays Out Fix for Deepening Sales Decline
Next Up: Editor's Pick