A mopey Pixar hero? That was Bob (voiced by Craig T. Nelson), a former superhero retired into a desk job after an ungrateful city tired of paying for his selfless but expensive exploits. As he flips through his scrapbooks, Bob moodily muses that “Reliving the glory days is better than acting like they didn’t happen.” He’s coping with midlife ennui, as his wife Helen (Holly Hunter) and their kids Violet (Sarah Vowell) and Dash (Spencer Fox) must try being ordinary people for a change — not the preternatural family once known as The Incredibles.

Then an old villain crosses their paths, the world is imperiled, the old superheroes flex their marvels and, as I wrote back then:

The middle entry in an amazing 11-movie run of Pixar triumphs, The Incredibles followed Toy Story, A Bug’s Life, Toy Story 2, Monsters, Inc. and Finding Nemo and preceded Cars, Ratatouille, WALL·E, Up and Toy Story 3. With this movie, which opened just 10 years ago on Nov. 5, 2004, writer-director Brad Bird became the first artist outside creative director John Lasseter’s original core team to helm a Pixar feature. He also created the first Pixar movie with more-or-less human characters: Bob and his brood.

Yes, they could fly (as Bob did in his Mr. Incredible persona), stretch (Helen as Elastigirl), move at lightning speed (Dash) and become invisible (Violet), but they were recognizably an American family with all the usual affinities and stresses. And in Bob, Pixar found another protagonist who — like the goblins in Monsters, Inc., Marlin the fish in Finding Nemo, gruff Carl Fredricksen in Up and the queen mother in Brave — suffers the anxieties of real or surrogate parenthood.

Turning the special-abilities misfits of Alan Moore’s Watchmen into a mildly dysfunctional family, Bird also borrowed from a half-century of fantasy spy movies; he devised gadgets and supporting characters beyond the James Bond universe. One of these creatures, a “Q”-type couturier named Edna “E” Mode, was voiced by Bird himself with a cutting comic cunning that earned him a spot on TIME’s Top 10 Pixar Voices.

After The Incredibles, which earned an impressive $631.4 million at the global box office (about $750 million today), Bird assumed control of a Pixar project begun by Jan Pinkava — the gourmet rodent tale Ratatouille — that took in $623.7 million worldwide. He then became the first Pixar auteur to make a live-action blockbuster, directing Tom Cruise in Mission: Impossible-Ghost Protocol, which expanded on some of the spy toys in The Incredibles and earned $695 million worldwide. (Andrew Stanton, who directed Finding Nemo and WALL·E, had less success with the sci-fi epic John Carter.)

Not content to relive his glory days at Pixar, Bird has embarked on his latest live-action vision: Tomorrowland, a fantasy hatched by Lost co-creator Damon Lindelof that is due to hit theaters next Memorial Day weekend. In the beguiling trailer, a young woman (Britt Robertson) touches a mysterious pin and is transported to another realm. She hears an oddly familiar voice: “What if there’s a place, a secret place, where nothing is impossible?” Cut to George Clooney, saying, “You wanna go?”

We trust Bird to show us a place where nothing is impossible, since he already made a movie where everything was Incredibles.

Read TIME’s Nov. 2004 review of The Incredibles, here in the archives: All Too Superhuman 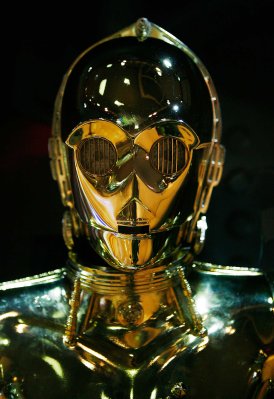