After nearly snatching this year’s Song of the Summer crown with the shamelessly titled “Summer,” Scottish DJ-producer Calvin Harris is trying to keep the momentum going. His fourth studio album, Motion, out now, recycles many of the same party tricks he’s honed working with A-list pop stars like Rihanna on hits like “We Found Love”: hyperactive house beats that build and build before bursting into a flurry of repetitive synth earworms. For better or for worse, Harris doesn’t need to shout his name over a song to let you right away who’s responsible

But hearing that approach 15 times in a row can be as exhausting as a wild night out in the club. For any producer trying to turn success behind the boards into solo stardom, making an album that’s both familiar yet not totally boring is an uphill battle. Harris does have a leg up over his peers — he’s got a competent voice of his own, which previously helped score him the Top 20 jam “Feel So Close” (and which he shows off again here on the mindless opening singalong, “Faith”). But while Harris can carry a tune, he alone can’t quite carry an entire album, so he wisely stacks the album with an eclectic list of artists.

The first half of the record finds lesser-known guests offering fairly anonymous vocal takes over typical Harris beats, but it’s in the second half, where more recognizable names show up and lend their respective talents, that sharing the spotlight really starts to pay off. Rapper Big Sean sounds like he couldn’t be having more fun on “Open Wide”; alt-pop sister act Haim lend trademark harmonies and a rock edge to “Pray to God”; and rising R&B star Tinashe sounds as alluring on “Dollar Signs” as she did on her promising debut, Aquarius. (Only the Gwen Stefani collaboration “Together” falls short of its star-power potential, perhaps because the No Doubt frontwoman comes across as just a hired gun, rather than a true collaborator — anybody could sing that song.)

Yet it’s telling that the album’s most entertaining tracks aren’t necessarily the most upbeat nor the most radio-friendly nor even the most star-studded; a few of them are actually instrumentals. Harris gets by with a little help from his friends, no doubt about it, but he still has the best results when he strays from the sounds and styles he’s known for, big names or not. Twisted keyboards go bump in the night on “Slow Acid,” while “Overdrive” (which gets some help from Dutch-Turkish producer Ummet Ozcan) sounds like a swarm of bees all high on MDMA. If Harris really wants to keep the party going, he ought to get weird more often. 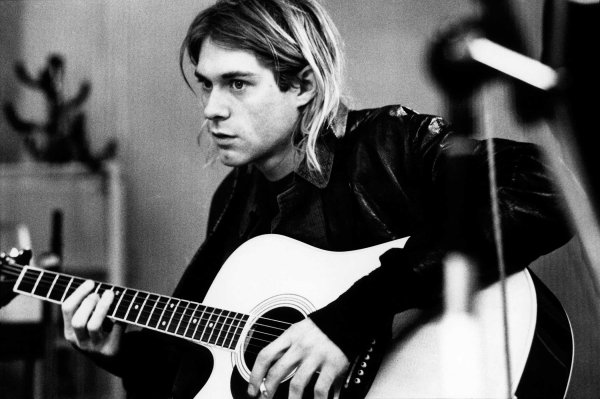 Listen to a Lost Kurt Cobain Mixtape From 1988
Next Up: Editor's Pick