Listen to a New CHVRCHES Track From the Mockingjay, Part 1 Soundtrack

Lorde continues to deliver spot-on Katniss vibes with the latest release from the soundtrack she’s curated for The Hunger Games: Mockingjay, Part 1. “Dead Air,” a synth-heavy rabble-rouser from Scottish electronic group CHVRCHES, joins previously announced tracks from Charli XCX, Bat for Lashes, Tove Lo, and Tinashe, to name just a few. (Lorde is contributing several of her own songs, including “Yellow Flicker Beat.”)

With a melody that’s at once somber and empowering, “Dead Air” captures the mood of everyone’s favorite bow-wielding heroine. Lyrically, it meshes nicely with the movie’s revolutionary themes: “We’ll hold up to an idea/ And we’ll fight what we can’t see.” The idea, of course, is freedom from President Snow’s tyrannical regime; the unseen enemy, Snow’s repressive seat of power in District 1.

The band has performed the track at live shows under several temporary names, including “Richard Pryor,” “Gene Wilder,” and “Eddie Murphy.” “Dead Air” seems a much better fit for the song’s message of stoic resolve. (Although an origin story for these working titles, if it exists, would be most welcome.)

The soundtrack will be released on Nov. 17, just ahead of the movie’s premiere date of Nov. 21. 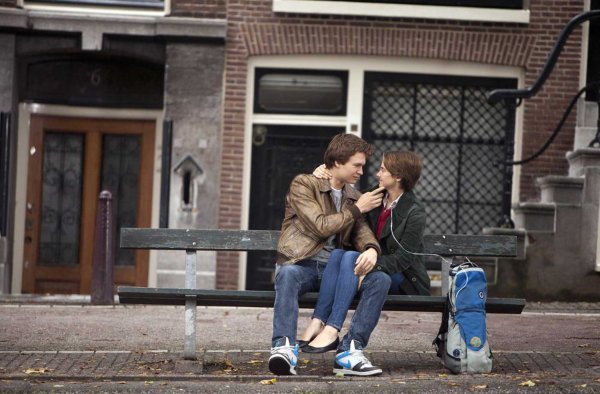 Have Your Morning Cry with Deleted Scenes from The Fault in Our Stars
Next Up: Editor's Pick