Death With Dignity: We Deserve Options at the End of Our Lives

Death is a grim topic, a taboo subject avoided by most Americans.

Changing laws about death is an equally grim process. In considering the nation’s first Death with Dignity policy reform proposals in 1994 and 1997, the opponent group Physicians for Compassionate Care asserted that people from outside the state would flock to the Oregon’s beaches to die. In 2009, Congress faced allegations of creating death panels if they passed federal legislation allowing insurance reimbursement for physicians who consulted with patients about end of life care options.

These political messages are but two examples of how the fear of death has been used in an attempt to extinguish policy reform efforts aimed at giving Americans greater choice, options and information about how they die.

Over the past month, though, a fresh face joined the conversation, quickly pushing aside the idea of end of life policy reform as a distasteful and taboo topic. Brittany Maynard was sunny and youthful, a young woman just starting her life’s journey, who was thrust into the position of Death with Dignity movement spokesperson by way of a terminal brain cancer diagnosis.

For the American public, this support may have seemed surprising. Death with Dignity is virtually undiscussed outside of Oregon, Washington and Vermont—the three states in which Death with Dignity policy are written into state law. Yet, public opinion polls repeatedly show how the concept of physician-hastened death enjoys widespread support among all Americans, young and old, Republican and Democrat, urban and rural.

In 2011, a Harris Poll found 70% of all adults agreed with the idea that those who are terminally ill should have the right to choose to end their lives. In the same survey, a majority of respondents believed physicians should be allowed to advise patients on ways to end their lives. Similarly, this year a Gallup Poll found 69% support for allowing physicians to legally “end [a] patient’s life by some painless means.” Certainly, support numbers vary when words like “suicide” or “euthanasia” are used, but a 2013 Gallup poll showed that, regardless of terminology, support ranges from 51% to 70%.

With one young woman’s life story in the public discourse, the national conversation about Death with Dignity has changed permanently. It is no longer an abstract idea. It is not an obscure policy idea. It has become an urgent and important issue for state legislatures, and Americans can now list the concrete reasons why they support the law: it’s a compassionate and caring response for a person with a terminal illness, no seriously ill person should have to move to a different state to access Death with Dignity, and everyone should have options at the end of their lives. And, when they make that list in their minds, they see Brittany Maynard’s face.

The real test of how much the national conversation has changed will arise during next year’s legislative session. Earlier this year, Death with Dignity laws were introduced in Connecticut, Kansas, New Hampshire, New Jersey, Massachusetts, Hawaii and Pennsylvania. We will likely see more states address Death with Dignity in the coming years.

The grim specter of death has been used over and over to thwart policy reform, but it seems unlikely to be successful going forward. To her family, the lasting legacy of Brittany Maynard will be her smiling face, her love of life, her existence; for Americans, her lasting legacy will be in changing laws and pushing for social acceptance of Death with Dignity. 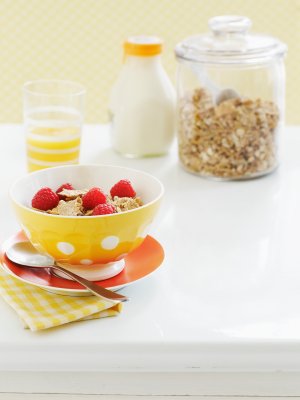 5 Things Everyone Gets Wrong About Breakfast
Next Up: Editor's Pick