A man fills walks past voting signs displayed outside a polling station during the mid-term elections November 4, 2014 in Hamtramck, Michigan.
Joshua Lott—Getty Images
By Alex Fitzpatrick

If you’re an American old enough to vote in Tuesday’s elections, chances are you logged on to Facebook this morning to find your News Feed covered in notifications that your friends are “voting in The 2014 U.S. Election.” Facebook has done this in previous elections, with data scientists later finding that tiny social nudge can provide positive peer pressure driving Facebook users to the polls.

But the practice is getting renewed attention after a piece in Mother Jones last week raised serious questions about Facebook’s meddling with our News Feeds around election time.

In the 2012 elections, Personal Democracy Media co-founder Micah Sifry writes, Facebook tested the “I’m Voting” buttons with slightly different wording, presumably as a sort of A/B testing to tell which wording is more effective at getting people off their computers and to a polling place. And, more suspiciously, Facebook conducted what it says was a separate test in the weeks leading up to the 2012 election during which it put more hard news on the top of our News Feeds to see how that might affect voting habits — but we won’t know about the results of that study until sometime next year.

Sifry’s post struck a nerve because it came on the heels of a revelation that Facebook conducted a small but secret study to see if it could affect users’ moods by showing them different kinds of content. Facebook users were rightfully outraged about being made unwilling guinea pigs. Facebook has since apologized for the test and promised more transparency regarding its tests in the future, which would be appropriate and welcome. The difference between Facebook’s infamous mood test and today’s “I Voted” stickers, meanwhile, is that everybody and their mother can see the stickers clear as day.

Still, the idea of Facebook noodling around with voter participation is sounding alarms among partisans, who can easily read Facebook’s meddling as a conspiracy to boost the other side’s chances. That’s a more common refrain on the right, given the commonly accepted logic that Facebook users lean left. Ultimately, the worry among some on the right is that Facebook is providing Get Out the Vote services to the other side — worries made more acute by Facebook CEO Mark Zuckerberg’s political activism, which has most notably included the creation of a struggling immigration reform group, though he’s also held a fundraiser for New Jersey’s Republican governor Chris Christie and called President Obama to vent about government surveillance.

Still, conservatives have little to fear from Facebook for two reasons: Demographics and money.

While Facebook, born on college campuses, was once the domain of the young and likely left-leaning voter, its demographics have been changing rapidly year-over-year as more parents and grandparents log on to the service to swap family photos and catch up with long-lost friends. (Indeed, parents signing up for Facebook is probably a reason some teens are fleeing to alternative platforms hidden away from their guardians’ watchful eyes.) Facebook use is definitely still more common among the young, but its user base is getting older by the year. Pew found at the end of 2013 that Facebook “usage among seniors has increased significantly in the last year,” for example, and it’s safe to assume that trend has continued through 2014. Pew’s numbers also show Facebook use cuts across several other demographic factors, like race and urbanites/suburbanites/rural adults. And Aaron Smith, a senior researcher at Pew, said in a July presentation that there are few partisan differences regarding Facebook use.

Ultimately, Facebook is now so ubiquitous that if it does what it promises to do Tuesday — show the “I Voted” sticker to nearly every voting age American — it shouldn’t bring out one side’s voters more than the other’s.

On top of that, Facebook makes money by selling highly targeted ads to political campaigns on both sides of the aisle. The company’s been careful in the past few years not to be seen as too cushy to either Republicans, Democrats or any other interest group as not to lose revenue from angry would-be ad buyers. Facebook even has dedicated staffers who work with political campaigns across the spectrum on ad sales as well as teaching them about Facebook best practices. If Facebook were indeed pushing more left-leaning users to the polls, it would seriously jeopardize that increasingly important source of revenue and relevance.

Facebook’s “I Voted” sticker isn’t evil. There’s nothing wrong and everything right about the company leveraging its massive influence to get more people to the polls on Election Day in a non-partisan way. Given Facebook’s influence, however, we should have more transparency about the process — but we shouldn’t read conspiracies into the company’s civic efforts. 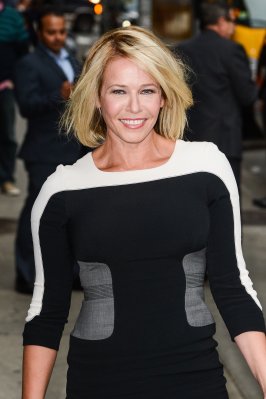