How to Watch the 2014 Elections, Hour by Hour

Voters get an 'I VOTED TODAY' sticker after casting their ballots on election day at the Red Oak Fire Department on Nov. 4, 2014 in Red Oak, Iowa.
Chip Somodevilla—Getty Images
By Jay Newton-Small

Political junkies will be obsessively hitting refresh on their browsers Tuesday evening, searching for results as polls begin to close starting at 7 p.m. Eastern Time. If you are one of those people eager for returns and you don’t want to wait for the Associated Press to call states for one candidate or another, here’s a guide on what six election experts said to look for in the early returns.

The fate of the Senate hangs in the balance, so those 12 close races will be the most closely watched. Republicans need six seats to take back the majority, assuming that they do not lose any of their own.

The first races to watch will be in New Hampshire, which is a small state and counts votes fairly quickly. For a glimpse of which way New Hampshire is trending, check out the returns from Hillsborough County. A quarter of the state lives there and it includes Manchester and Nashua, two of the largest towns in the Granite State. Nashua, in particular, is a political black hole of independent voters and a mix of both parties. There’s a reason why Hillary Clinton campaigned there with incumbent Democratic Sen. Jeanne Shaheen on Sunday. Whichever way Hillsborough is going is the way New Hampshire is going—and maybe the country.

A word of caution for the impatient: even if the trend is a GOP wave, it’s unlikely that the fate of the Senate will be known until 1 a.m. Wednesday when Alaska polls close. And given its geographic challenges, Alaska is notoriously slow in counting votes. The fate of the Senate is more likely to be known later Wednesday morning.

But it’s entirely possible that the Senate races in Louisiana and Georgia will go to runoffs, which will be triggered if no candidate wins 50% of the vote. Those are due to be held Dec. 6 and Jan. 6 respectively. So it is conceivable that the fate of the Senate may not be known until after the new year!

Georgia has a close Senate race between Democrat Michelle Nunn and Republican David Perdue, who are both looking to fill retiring Republican Saxby Chambliss’s seat. It also has a close governor’s race between incumbent Republican Nathan Deal and Democrat Jason Carter, President Jimmy Carter’s grandson. Both races could go to run offs. But for early indications on which way things are going look at turnout in Atlanta. If Democrats are going to the polls in greater than expected numbers, it could be a good night for Nunn and Carter.

Kentucky is home to the most expensive Senate race in the country between incumbent Senate minority leader Mitch McConnell and his Democratic challenger Alison Lundergan Grimes, Kentucky’s secretary of state. As in Georgia, look for heavy urban turnout for a Grimes win. Light turnout favors McConnell.

There are close gubernatorial races in Connecticut, Florida, Maine, Maryland, Massachusetts, New Hampshire and Rhode Island. For a sense of which way the tide is flowing look to Massachusetts and Rhode Island. If Democrats Martha Coakley and Gina Raimondo are losing in these blue states, Republicans are in for a good night.

In Florida, look at the 2nd Congressional District’s returns. If incumbent Republican Rep. Steve Southerland is beating off a strong challenge from Democrat Gwen Graham, then Republicans are doing better than expected, which would also bode well for Gov. Rick Scott, who is in a toss-up race with former Gov. Charlie Crist.

As I mentioned before, New Hampshire is a great bellwether state. Its 1st Congressional District flips almost every cycle. If Democrat Rep. Carol Shea-Porter is managing to fend off a strong challenge by former Manchester Mayor Frank Guinta (for the third time in a row!), then Dems are having a really good night. On the other hand, if Democratic Rep. Annie Kuster in New Hampshire’s 2nd Congressional District is losing to Republican Marilinda Garcia, Democrats are having a terrible night. Both will be early indicators for how Shaheen is faring against Republican Scott Brown in the Senate race.

Former President Bill Clinton is looking to keep Arkansas blue—or at least a purplish tone. He has an uphill battle. But if Democrat Patrick Henry Hayes is beating GOP businessman French Hill in Arkansas’s 2nd Congressional District, then it could be a better than expected night for the Democrats running for governor, Senate and in the other close House race in Arkansas’s fourth district.

In New York’s 1st Congressional District, if Republicans finally succeed in knocking off Democratic Rep. Tim Bishop after a decade and millions of dollars worth of attempts, then you know it’s a good year for the GOP.

The Senate race in Iowa to fill retiring Democratic Sen. Tom Harkin’s seat is a nail biter. Democrat Bruce Braley is taking on Republican Joni Ernst. There are two close House races in Iowa that could be bellwethers. Democrat Staci Appel is running against David Young, a former GOP Senate staffer, in Iowa’s 3rd Congressional District. And Marionette Miller-Meeks is trying for a third time to oust Democratic Rep. Dave Loebsack in Iowa’s 2nd Congressional District. The fate of Appel and Miller-Meeks will give clues about which way Iowa is going. 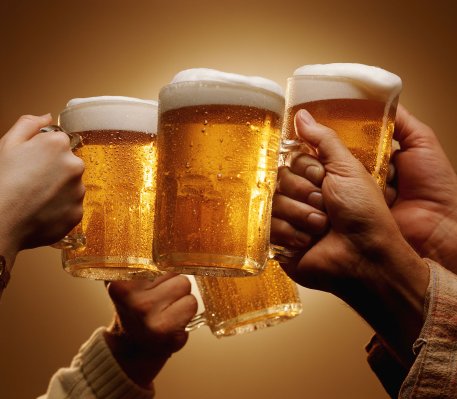