The nurse who publicly fought two states over a controversial quarantine policy for health workers returning to the U.S. from Ebola-affected countries said Monday that she felt compelled to act after seeing a lack of leadership on the issue.

“The more I thought about the fact that these policies are being made by politicians, really not the experts in the field, the more I felt like I had no choice but to fight back,” Kaci Hickox told CNN, adding that the U.S. would be better served by “evidence-based policies,” not “knee-jerk reactions.”

Hickox was temporarily quarantined against her wishes in Newark, New Jersey, last month after returning from treating Ebola patients in Sierra Leone. She showed no symptoms and tested negative for the disease. In a media blitz during her quarantine, which aimed to limit her interaction with the public during the virus’ 21-day incubation period, she decried her detainment as political and unnecessary.

She returned to her home state of Maine after being let go and quickly received media attention as she moved freely. Officials in Maine similarly tried to quarantine her, but a court ruled Hickox didn’t need to abide by the state’s wish. Still, Hickcox and the state reached a voluntary agreement Monday to stay out of public and “respect their wishes.”

“The truth is I completely understand that this town has been through a lot and there’s still a lot of fears and misinformation out there,” she said. “I think we need to start addressing those issues.” 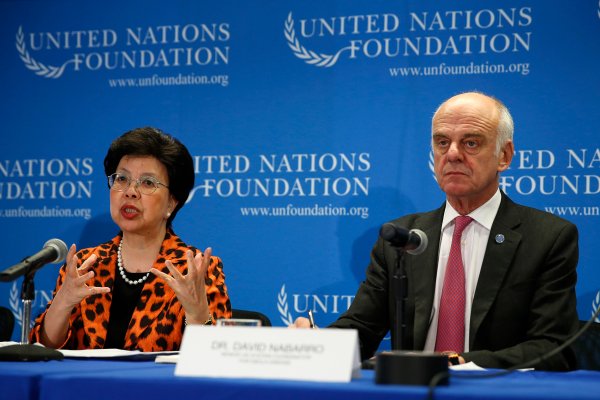 WHO Chief Slams Drug Industry Over No Ebola Vaccine
Next Up: Editor's Pick