A pro-Russian separatist stands guard during the self-proclaimed Donetsk People's Republic leadership and local parliamentary elections at a polling station near Donetsk on Nov. 2, 2014
Maxim Zmeyev—Reuters
By David Stout

The Obama Administration has condemned Russia-backed separatists in southeastern Ukraine for holding unauthorized elections and warned that the polls violated the fragile cease-fire deal signed by Kiev and Moscow during a meeting in Minsk, Belarus, last September.

Organizers of the elections in Donetsk and Luhansk say that insurgent leaders from both cities scored landslide wins — providing a bold challenge to Ukrainian President Petro Poroshenko’s embattled administration.

“The United States condemns the illegitimate, so-called elections held on Sunday by Russia-backed separatists in parts of Donetsk and Luhansk,” said Bernadette Meehan, a National Security Council spokesperson, on Monday.

Meehan also voiced concerns that the Kremlin had begun sending Russian troops and equipment back across the border into rebel-held Ukrainian territory.

“Moscow’s continued failure to fulfill its obligations under the Minsk agreements calls into question its commitment to supporting a peaceful resolution to the conflict in parts of eastern Ukraine,” said Meehan.

On Monday, Russian authorities applauded the vote and commended the election’s high turnout.

“We respect the will of the inhabitants of the southeast,” said Russia’s Foreign Ministry in a statement. “The elected representatives have obtained a mandate to solve practical problems to restore normal life in the regions.”

In Kiev, the Ukrainian President called the polls a “gross violation” of the Minsk agreement and, during an address to the nation, said the elections would push Kiev to “re-examine” its cease-fire deal with the rebels, according to Agence France-Presse.

Poroshenko is set to sit down with his security team on Tuesday during an emergency meeting in the Ukrainian capital to discuss the implications of the separatist elections. 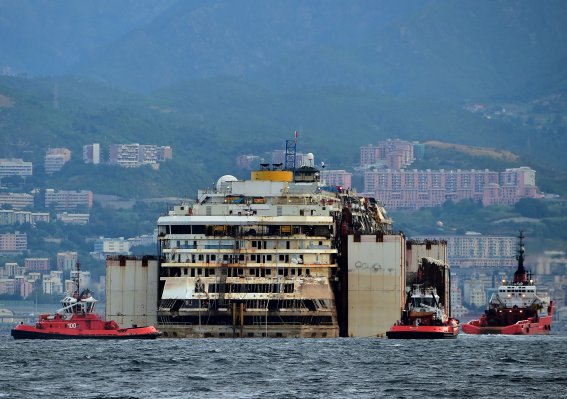 'Last' Victim Thought to Be Found From Costa Concordia
Next Up: Editor's Pick