WHO Pillories Drug Industry on Failure to Develop Ebola Vaccine

The head of the World Health Organization (WHO) on Monday castigated the pharmaceutical industry for failing to develop a vaccine for Ebola over the some 40 years that the virus has threatened West Africa.

Speaking in Cotonou, Benin, Margaret Chan, the director general of the WHO, wondered rhetorically why clinicians are “still empty-handed, with no vaccines and no cure” for Ebola, even though the disease first appeared some four decades ago.

The answer, said Chan, is at least in part that “Ebola has historically been confined to poor African nations.” She lambasted drug manufacturers for not taking an interest in an Ebola vaccine until the disease became a threat to non-African countries, including the U.S.

“The R&D incentive is virtually nonexistent,” she continued. “A profit-driven industry does not invest in products for markets that cannot pay.”

Chan also reiterated that the West African outbreak has been so severe because her organization’s calls for advanced investment in the region’s underdeveloped health system have gone unheeded. So, the three hard-hit countries had scant public-health infrastructure that was bound to buckle when confronted by an infectious disease, she said.

“Two WHO arguments that have fallen on deaf ears for decades are now out there with consequences that all the world can see, every day, on prime-time TV news,” said Chan.

The Ebola virus was discovered in 1976 in what was then Zaire (now the Democratic Republic of Congo), killing more than 400 people both there and in Sudan. Similar outbreaks in in the 1990s and early 2000s also killed hundreds of people in Congo and Uganda.

In the most recent outbreak, which has killed at least 4,951 people, almost all of the some 13,567 Ebola cases have been in Guinea, Liberia and Sierra Leone. The U.S. has confirmed four cases of the virus, while Spain has confirmed one case.

The WHO has said it plans to begin treating health care workers in the three most affected countries with an experimental vaccine in the first quarter of 2015. 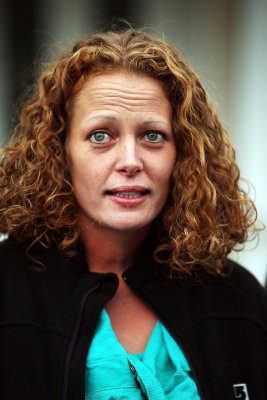 Ebola Nurse Settles Dispute With Maine
Next Up: Editor's Pick