Amidst the rolling hills of southeastern Kentucky, many of them cut into odd-shaped pyramids by miners, a tiny plane touched down Monday afternoon bearing Senate minority leader Mitch McConnell and his fellow Kentucky senator Rand Paul. McConnell was stopping in the city of Hazard to pay his respects to the coal community and deliver his closing argument on why he should be granted a sixth term over Kentucky Secretary of State Alison Lundergan Grimes.

Greeting him on the tarmac was House Appropriations Committee Chairman Hal Rogers, since Hazard is part of his congressional district. Though the television series The Dukes of Hazzard was filmed in Georgia (and added a ‘z’), it was based on this Hazard County and the local government regularly names people it honors “Dukes of Hazard.” McConnell is one such Duke and has been for decades. Hazard is also one of the poorest areas of Kentucky.

“Welcome to the hottest part of the state for Mitch McConnell,” Rogers, a fellow Republican, told the cheering crowd of about 50 people. “There’s a reason for that. It’s partly to do with coal, but it’s also because eastern Kentuckians realize the importance of clout. Eastern Kentuckians know and appreciate clout when they see it. We need help. We know and admit that.”

At this, Paul, a potential 2016 presidential candidate who comes from a corner of the Republican Party that doesn’t necessarily believe in government welfare, nodded his head, smiling. He wasn’t there, after all, to debate the direction of the Republican Party, but to support McConnell’s reelection bid. McConnell was in the race of his life against Grimes, a dynamic 35-year-old Democrat. But in the final days, polls seemed to be going McConnell’s way and he told a local television crew in Hazard that he felt confident going into Election Day.

A lot rides on his reelection. Tuesday could be the first of McConnell’s final days as a senator, but it could also kick off his final days as Senate minority leader, with his party poised to pick up the seven seats needed to win control of the chamber. “There is one thing me and my opponent agree upon. We agree that she’s a new face. She is,” McConnell told the booing crowd. “But a new face to do what? A new face to vote for the President’s agenda. A new face to vote for Harry Reid in the Senate, A new face for no change at all. A new face for the status quo. I want to change America and take us in a different direction.”

McConnell, to some degree, based much of his campaign on the argument that as Senate majority leader he will be able to do wondrous things for Kentucky. Grimes notes in her speeches that despite McConnell’s 30 years in office—and 8 years as minority leader—Kentucky is still struggling and ranks at the bottom of many national indicators.

McConnell disputes that notion. “Kentucky has never been better positioned than we are now. Your congressman is the chairman of the appropriations committee, one of the two most important committees in the House, my junior senator, who — do you like that?” he asked a laughing, cheering crowd — “is literally redefining for Americans what it means to be a Republican, and we could have the one person in the senate who sets the agenda in the Senate. Everybody’s got a vote but everybody’s not equal in influence. Only one senator gets to set the agenda and that’s who leads the majority.”

The question is: if McConnell wins the majority, which way will he take the party? Towards Paul’s new brand of Republicanism or Rogers’ bring-home-the-bacon Republican Party? McConnell has spent $55 million straddling those questions in the primary and general election. And on Tuesday, he’ll potentially win himself the prize, or quandary, of being responsible for answering them in the majority. 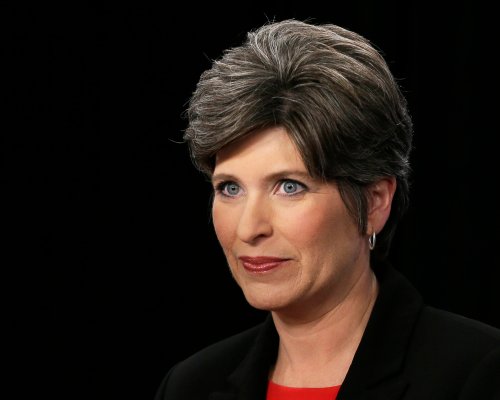 Joni Ernst Missed the Real Problem With the Taylor Swift Comparison
Next Up: Editor's Pick