Flyers will see a promotion for the streaming service on their devices’ browsers upon connecting to Wi-Fi, and then will receive a custom playlist based information they provide about their mood, location and preferences, a Southwest Airlines spokesperson told the New York Times. After three songs, passengers will be asked to provide their e-mail, and afterwards they can continue to listen to Beats Music for free.

“We continue to enhance our onboard offerings to remain current as our customers’ needs evolve, and with the addition of Beats Music on our entertainment portal, we’re doing just that,” Kevin Krone, Southwest Airlines Chief Marketing Officer, said in a press release.

Southwest said the Beats partnership had been in the works for a year, months before Beats’ $3 billion acquisition in August by Apple. Apple has yet to disclose its plans for the on-demand music service, but it said in September that TechCrunch’s report of Apple’s plan to shut down Beats Music was not true. Still, some say it’s only a matter of time before Apple’s similar service, iTunes Radio, absorbs the Beats brand.

Southwest’s free Beats deal is the latest example of promotions at 30,000 ft., where busy or bored customers are logging onto the increasingly many in-flight Wi-Fi services. T-Mobile, for example, announced in September that it would offer free texting over in-flight Wi-Fi. 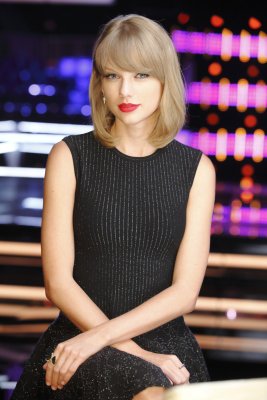 Taylor Swift Just Pulled Her Music From Spotify
Next Up: Editor's Pick