I’ve been a career counselor for 29 years now, and from the beginning it was clear that a major reason my clients have trouble finding and keeping work is that they’re procrastinators.

Procrastination is a career killer.

Over these 29 years, I’ve read so many books and articles on how to cure procrastination and have tried all manner of approaches with my clients. I’ve tried the symptomatic: personal organizers, prioritized to-do lists and being accountable to someone. I’ve tried the psychological: looking for an underlying cause such as fear of failure, fear of success and perfectionism. No strategy worked better than fair to middling.

But in the past year, my results have improved. Here’s my best current thinking on keeping procrastination in check.

1. Replace your First Principle. Many procrastinators operate from the First Principle, “Work as little as I can get away with.” They opt to seek pleasure even if it means they’ll be only minimally productive.

Even if that doesn’t get them fired, they fail to realize how central productivity is to the life well led. I often try to explain that to clients as follows: Imagine there are two clones of you. Clone 1 strives for as much pleasure as possible and when feeling uncomfortable—for example when working on something hard—tries to escape to something pleasurable. Clone 2 realizes that you can have a lifetime of 100% pleasure by doing nothing but watching sitcoms, eating, laughing, getting stoned and having sex 100% of the time, but quietly, because he who has done nothing for others, indeed been a parasite on others, is unlikely to feel good about how he’s living life. So Clone 2 accepts being uncomfortable in the service of being as productive as possible. If you hope to overcome procrastination, it really helps to change your First Principle from “Do the least I can get away with” to “Be as productive as possible.”

2. Find the fun way to do it. Because procrastinators seek pleasure over responsibility, whenever a client is facing a task on which he might procrastinate, I encourage her to ask herself, “What’s a fun way to do it?” If you’re choosing a career, what’s the most fun career that would be realistic for you to aim for? If you’re looking for a job, would you find it more fun to schmooze or answer ads? If you have a report to prepare, would you find it more fun to review the literature or to interview people?

3. Yes, break it into baby steps. Though this advice has become cliché, most people, especially procrastinators, are more likely to complete tasks when broken into bite-sized pieces.

4. Force yourself to do it. When that new First Principle becomes ingrained, you’ll rarely procrastinate. But until then, you must force yourself to get started. Here’s how:

A) Picture the benefits of doing the task and the liabilities of not, for example, keeping your job versus getting “laid off.”

B) Make yourself do the first one-second task, even if it’s just to turn on the computer. Then do the next one-second task. You may well find yourself building momentum. Often, the hardest part is getting started.

C) If you get stuck, struggle for only one minute. If you don’t make progress by then, you probably won’t. Instead, you’ll get frustrated and thereby be more likely to procrastinate in the future. So when you hit a roadblock you can’t solve in a minute, get help or see if you can complete the task without solving that problem.

This technique may help some procrastinators. It gets its name from those tomato-shaped kitchen timers (pomodoro means tomato in Italian). You set a timer for 20 minutes—that’s called a pomodoro. You work until the bell goes off, then take a 5-minute break. Work another pomodoro and take 5 minutes off. After the third pomodoro, you get 10 minutes off. Sounds hokey, but it has worked for a number of my clients.

Or try one of the to-do-list apps, for example, Remember the Milk or Wunderlist.

If you can make yourself use this article’s approach, you’ll likely soon get in the habit of trying to be as productive as possible and, in turn, be happier about yourself and the life you’re leading. 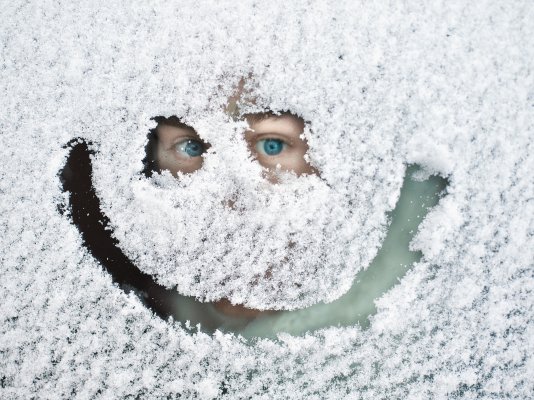 Here’s the Magic Number That Leads to Happiness
Next Up: Editor's Pick