Abortion Rights Are on the Ballot in Three States

Abortion rights are on the ballot in three states on Nov. 4 as voters in Tennessee, Colorado and North Dakota weigh state constitutional amendments. Here’s what you need to know about the three ballot measures that could have national implications:

Volunteer State voters will be asked to decide whether the state constitution should be amended to explicitly note that it does require funding for nor protect the right to abortion. The new clause being proposed says:

“Nothing in this Constitution secures or protects a right to abortion or requires the funding of an abortion. The people retain the right through their elected state representatives and state senators to enact, amend, or repeal statutes regarding abortion, including, but not limited to, circumstances of pregnancy resulting from rape or incest or when necessary to save the life of the mother.”

The proposal, known as Amendment 1, has its roots in a 2000 Tennessee State Supreme Court decision that struck down several state laws restricting abortion on the grounds that they violated the state constitution. The new amendment would make it easier to enact new measures tightening access to abortion.

Toss-up. Opponents of Amendment 1 spent more than $3 million in October, compared to about $1 million by supporters, but the latest surveys show a close vote. According to a poll by Middle Tennessee State University released Oct. 29, 39% of registered voters said they supported Amendment 1, while 32% said they opposed it and 15% were undecided.

The latest effort to extend the rights of fetuses under so-called personhood laws, Amendment 67 would amend Colorado’s constitution so that “unborn human beings” are included as “people” in the state criminal code and wrongful death act. Colorado voters rejected similar proposals in 2008 and 2012.

Amendment 67 is also referred to as the “Brady Amendment,” named after an 8-month-old unborn child who was killed in a 2012 car accident caused by a drunk driver. Opponents of the measure say it could criminalize miscarriages, some forms of contraception and in-vitro fertilization, while making abortion illegal in Colorado. Under federal law, abortion is a protected right, so passage of the measure could lead to legal challenges. Some supporters of the measure say Amendment 67 is not intended to affect abortion rights or birth control, but would simply allow homicide charges to be brought against anyone who kills an unborn fetus. Yet, one group backing the measure, Colorado Right to Life, states on its website that Amendment 67 “makes abortion a criminal offense.”

Unlikely to pass. In a poll conducted Nov. 1 and 2, Public Policy Polling found that 56 percent of likely voters opposed Amendment 67, while 38 percent supported it. In an earlier poll from Suffolk University/USA Today, 45% of respondents opposed the measure, while 35% supported it and 17.4% were undecided.

Voters in North Dakota will decide on proposal similar to the one in Colorado. Measure 1 would amend the state constitution to say the life of a human being begins at conception by adding the following text:

“The inalienable right to life of every human being at any stage of development must be recognized and protected.”

Opponents say the measure would outlaw abortion in North Dakota and lead to legal challenges on the basis that abortion is a federally protected right under Roe v. Wade. Supporters say it will protect existing restrictions and regulations governing abortion in the state. Either way, should the measure pass, the final effects are unlikely to be known until the issue is litigated in the courts.

Toss-up. In a poll conducted for two local news outlets released Oct. 21, 45% of likely voters said they opposed the measure, 39% percent said they supported it and 16% said they were undecided. An earlier poll released by the University of North Dakota put the odds of passage higher, with 50% of voters in favor, 33% opposed and 17% undecided.

Read next: Election Day Google Doodle Tells You Where You Can Vote 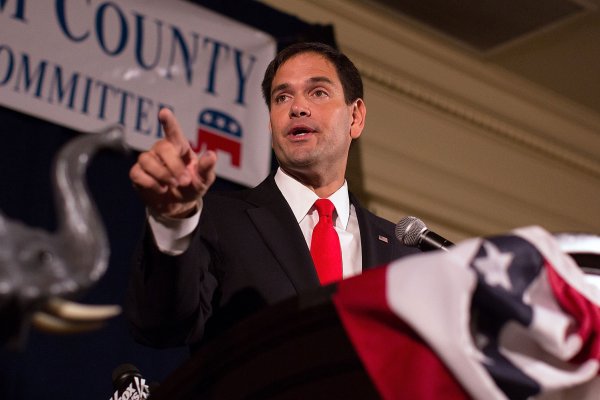 What Tuesday's Results Mean for 2016 Candidates
Next Up: Editor's Pick