Call of Duty: Advanced Warfare Will Have a Zombie Mode

A shopper poses with the newest instalment of the "Call of Duty" videogame at a midnight launch of per-ordered copies of the game in Sydney on Nov. 3, 2014.
Saeed Khan—AFP/Getty Images
By Alex Fitzpatrick

Until now, it was only a strong rumor that Call of Duty: Advanced Warfare would include the zombie-killing mode that’s become a popular sideshow in the series since first appearing in Call of Duty: World at War. However, Activision is now confirming a Zombie Mode is in the works for the new title, to be available at some later date as paid downloadable content.

Activision confirmed Advanced Warfare’s Zombie Mode after this email from GameStop was sent to people receiving updates on the game. However, the email was inaccurate in that Zombie Mode isn’t available for Monday’s Advanced Warfare launch and it won’t require players to get the $49.99 Season Pass to play Zombie Mode.

Previously leaked trailers for Advanced Warfare seemed to reveal the game’s zombies will be more 28 Days Later and less Dawn of the Dead in that they’re faster and they can jump, though little else is known at this point. 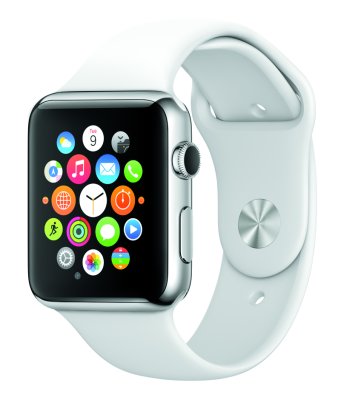 You'll Have to Wait a Bit Longer for the Apple Watch
Next Up: Editor's Pick