'Wannabe' by the Spice Girls Is the Catchiest Song, Study Says

It’s a Spice Girls world and we’re all living in it. A recent study argues that the girl group’s #1 hit, “Wannabe,” may be the catchiest song in the UK in recent history.

Dr. John Ashley Burgoyne, a computational musicologist from the University of Amsterdam, sought out to determine what made a song stick in someone’s memory. To help divine the cause of an earworm, his team set up an interactive online game, called Hooked On Music, which quizzed over 12,000 participants on how quickly they could recognize a track.

“We were particularly interested in music and memory and why exactly it is that certain pieces of music stay in your memory for such a long time,” Burgoyne told BBC News.

Other songs in the top 10 included Lou Bega’s “Mambo No 5,” which was the second most recognizable track, clocking in at just 2.48 seconds (presumably just long enough for most people to lunge at their radios to change the station). Survivor’s “Eye of the Tiger” came in third at 2.62 seconds with Lady Gaga, Abba, Michael Jackson, Whitney Houston, Roy Orbison, Aerosmith and the Human League rounding out the top 10.

Now that the results are in, the study hopes to identify which characteristics the catchiest songs had in common. Burgoyne told the BBC he believed that very strong melodic hooks seemed to be the most memorable, which would certainly explain the lasting popularity of the Spice Girls’ tune. 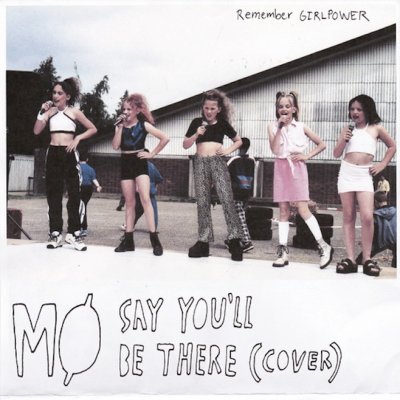 MØ Covers the Spice Girls: You've Never Heard "Say You'll Be There" Like This Before
Next Up: Editor's Pick