After a somewhat lackluster season, The Real Housewives of Beverly Hills needed some new energy. And it looks as though the venerable Southern California-set franchise has found it in the form of one former soap star.

In the new trailer for the fifth season of The Real Housewives of Beverly Hills, Lisa Rinna, a new cast member and itinerant soap actress (after a stint on Days of Our Lives, Rinna became one of a select few to have appeared on both Dancing With the Stars and The Celebrity Apprentice), would seem to be the straw that stirs the drink. Towards the end of the trailer, which also features the cast traveling to Amsterdam and on a Hollywood “star tour,” Rinna uses an expletive while screaming at castmate Kim Richards, shouting “Don’t you ever go after my f—ing husband!” (Her husband is L.A. Law actor Harry Hamlin.)

The Real Housewives of Beverly Hills, which has been on the air since 2010, has cycled through several cast members; last year’s newbies, Carlton Gebbia and Joyce Giraud, are no longer with the show. But it’d seem that in Rinna and in Eileen Davidson, a soap opera actress who screams “Don’t f—ing call me a home wrecker!” at a fellow castmate, they found two live ones. (All snarky commentary that Rinna and Davidson have made their livings as actresses on scripted TV is noted.)

Do the expletive-laden, aggressively venal disputations we see in this clip, or the returning cast’s antics (Lisa Vanderpump poses with a suspiciously fat cigarette in Amsterdam and ends up receiving a slap in the face) resemble real life among the actual upper class in Beverly Hills? At this point, who cares?

The new season of The Real Housewives of Beverly Hills begins on November 18. 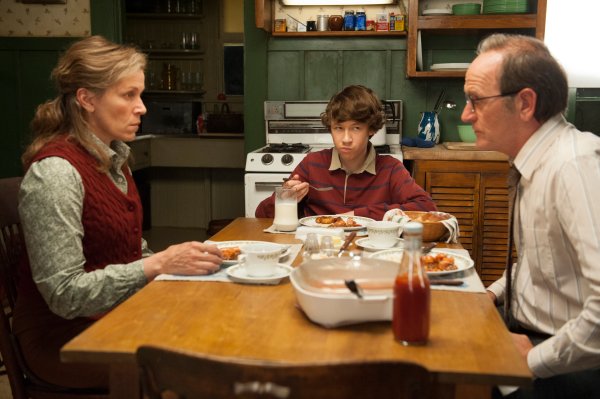 Olive Kitteridge and Why "Likability" Is for Saps
Next Up: Editor's Pick