Directed by Hannah Lux Davis, whose recent credits include music videos for Jessie J, Kendrick Lamar, and Lea Michele, the video has Grande in an abandoned mansion, alternating verses with The Weeknd. Stormy weather outside rather blatantly hints at the charge between the song’s two voices, in case The Weeknd’s asking “Can you feel the pressure between your hips?” doesn’t get the point across.

“Love Me Harder” is the third single off of Grande’s second studio album, My Everything. The singer begins a U.S. tour later this month. 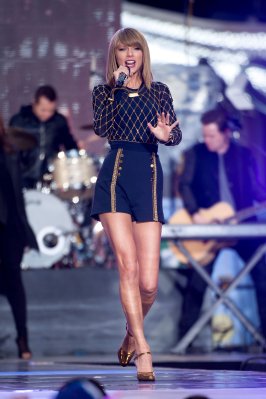 Taylor Swift Just Removed Her Music From Spotify
Next Up: Editor's Pick